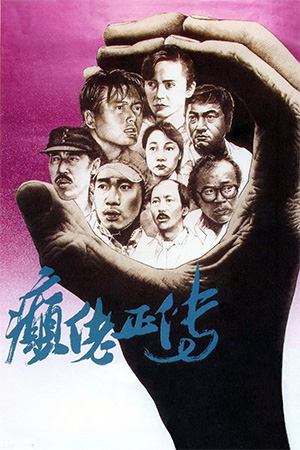 Stanley Fung stars as a social worker for the mentally ill who takes reporter Deanie Ip on his monthly round of the streets. Throughout their episodic journey, Fung introduces his companion to all of the patients who choose to live on the streets and who grind out some kind of existence in the harsh Hong Kong surroundings. His patients range from a seemingly timid old lady who collects drinks cans, a dishevelled father (Chow Yun-Fat) who has no hope of properly raising his two children and a disturbed man (Tony Leung) who frequents the local fish market. Fung’s one success is a divorced father (Paul Chun Pui) who now lives with his mother after a severe breakdown. However, circumstances soon change and eventually spiral towards a tragic conclusion.

Quite simply one of the most important films to come out of Hong Kong and certainly one of the most harrowing. Stanley Fung reaches his career apex as the disillusioned social worker as does the superb Paul Chun Pui. This film has no happy endings or easy ways out; it grips on to its audience and just refuses to let go. ‘The Lunatics’ features a number of normally glamorous stars who go completely against type to portray a variety of tragic characters: just look at Chow Yun-Fat’s character for proof. The film also contains some of the most powerful scenes on celluloid: Paul Chun Pui’s eventual breakdown really sticks in the memory long after the film has finished. Essential viewing for every film buff, ‘The Lunatics’ is a superb mixture of social conscience and expert film-making.