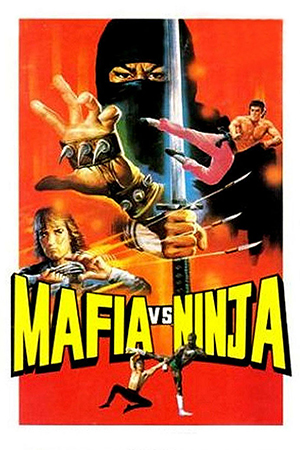 As the title suggests, this bizarre offering didn’t trouble the Hong Kong film awards in the particular year it was made! The plot – as it stands – sees Lo Rei as a young man who befriends a local man when he arrives in the city. These two decide to join a ‘righteous’ triad organisation in an attempt to fight against local mafia pressure, culminating in the appearance of everyone’s favourite black-clad assassins: the Ninja. What follows is a series of unusual confrontations between the two heroes and the numerous foreign fighters who’ve been hired to kill them.

If you’re not familiar with director Robert Tai’s style, you might be a little confused; he’s been described as the Asian Andy Warhol or the Oriental Ken Russell because of his almost surreal and often incomprehensible style of film-making. Silly basics like a plot are not too important for Tai as he focuses on crazy action that is nonetheless entertaining. If you’re a big Robert Tai fan, add a star to the following mark; most though should see ‘Mafia vs. Ninja’ as a cheap and cheerful mix of kung fu and surrealism.