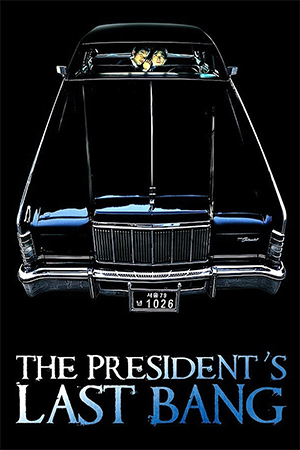 Im Sang-soo’s film is a sometimes suspenseful look at the assassination of former South Korean President Park Chung Hee. Gunned down by his director of intelligence Kim Jae Kyu, the President was dining with friends while being entertained by two young women. Sang-soo’s film recreates the President’s final night meticulously showing the apparent ease of the assassination and the possible pointlessness of it all. Kim Jae Kyu seems to be acting in the name of democracy but becomes increasingly irritated and possibly unhinged as the night’s events unfold, his motivation for committing the murder becoming foggier and foggier. Likewise the actions of his men and the bodyguards who go along with the plan, never questioning what’s going on and seemingly just acting on orders.

Beautifully shot and superbly acted by a committed cast, ‘The President’s Last Bang’ is ultimately an underwhelming affair. The laid back approach to proceedings will certainly be enjoyed by some but the film seems to take too long to get going anywhere, the suspense often diluted by a meandering pace. Things certainly pick up with the bloody attack on the President, startling in its violence after such a slow first start. But after this outburst the flick once again falls back into that meandering, never stirring up enough emotion or pace. As mentioned some will find this approach rewarding while others may be frustrated as nothing ever really happens outside of the assassination and Kim Jae Kyu’s somewhat humorous mental fallout.

That said the film is still an occasionally interesting slice of Korean cinema, thanks in part to Baek Yoon-Sik’s excellent portrayal of Kim. A man, who seems to have everything together, soon unravels as it becomes increasingly questionable about why he in fact decided to assassinate the President. The fine photography is also a delight to watch (including an impressive overhead tracking shot ala Brian De Palma) but ultimately Sang-soo’s film fails to find the right balance between black comedy, suspense and true life drama. Certainly recommended for those looking for something a little different but not quite the film it could have been.