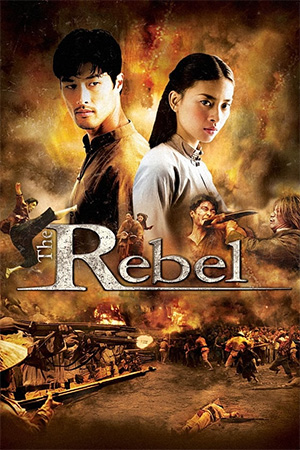 1920s Vietnam and the French are ruling the land with an iron fist determined to eradicate all rebels. Special units of Vietnamese agents have been created by the French to track down and eliminate rebels. One such unit is headed by Sy (Dustin Nguyen), a ruthless and near indestructible agent who, along with his right hand man and top agent Cuong (Johnny Nguyen), enforce French rule with the upmost efficiency. However, Cuong soon finds himself in a battle of conscience with the amount of Vietnamese people he is killing taking its toll on him. Redemption comes a calling in the shape of rebel assassin Thuy (Thanh Van Ngo) who Sy and Cuong capture and plan to use as bait to capture her rebel leader father. Cuong soon finds himself falling for Thuy and her beliefs and, seeing his chance at salvation, springs Thuy from captivity and the two go on the run relentlessly pursued by Sy and his troops.

Charlie Nguyen’s film takes a dark and violent piece of Vietnam’s history and for the most part crafts an exciting action ride that unfortunately stumbles somewhat in the drama department. Mixing romance, history and breakneck fight sequences, ‘The Rebel’ sadly can’t always maintain its momentum when the characters aren’t engaged in high impact action scenes. The actors certainly do their best, with the lovely Thanh Van Ngo convincing as the put upon rebel but the dramatic scenes sadly reek of too much melodrama. Certain atrocities of the time are vividly rendered and the French are painted as vile creatures but the romance (between Coung and Thuy) often cloys up and slows down proceedings and doesn’t always gel with the violent nature of the rest of the film. However, Dustin Nguyen (of former ‘21 Jump Street’ fame) makes for a great bad guy and his ruthless character poses a genuine threat to our heroic couple.

What ‘The Rebel’ does have is some incredibly exhilarating action and fight sequences. All performed by capable screen fighters and with little or no use of wires and CGI the fights scenes are a joy to watch. Urgent, sustained and more than a little brutal, The Nguyen’s, Van Ngo and their various foes go toe-to-toe and fist-to-fist in a barrage of expertly choreographed combat scenes. Johnny Nguyen crafts some thrilling set-pieces, including an awesome one-on-one tussle between him and a French fighter, which makes ‘The Rebel’ a rousing historical actioner. It may not always find the right balance between drama and action, though it gives it a good go, but as a period fight film, ‘The Rebel’ is a fine piece of entertainment.