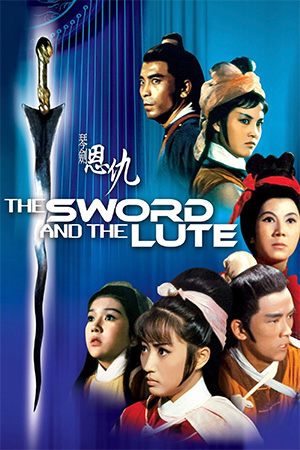 After being given the legendary Phoenix Lute as a gift from his aunt, Gui Wu (Wang Yu) and his bride set about using it to fight against evil. However, evil can be resourceful and a group of bandits steal the lute in the hope of using it to take control of the province. Meanwhile, the leader of the bandits is also seeking the Seven Stars Stone, the only known artefact that can cure the afflictions of the lute. Now Gui Wu, with some assistance from the Jin family, must fight to recover the lute and protect the Seven Stars Stone from falling into the wrong hands.

This final chapter in Hsu Tseng-Hung’s Red Lotus trilogy (see ‘Temple Of The Red Lotus’ and ‘The Twin Swords’) is really a case of more of the same. As with the previous two films, it’s a very traditional piece that sees Wang Yu in a slightly more timid role than his fans are probably used to. Unfortunately, this particular outing also marks the return of the episodic structure from ‘Temple Of The Red Lotus’, meaning that the film often feels rather disjointed and lacks a fluid structure. It also doesn’t exactly help that certain actors reappear in entirely different roles and the conclusion to the story is a little unsatisfying to say the least.

The fights in ‘The Sword And The Lute’ are few and far between, and the choreography hasn’t exactly progressed. They are still enjoyable in a quaint way, but they definitely feel fairly stiff and slightly repetitive in parts. It’s also a shame that Wang Yu is absent for a large portion of the movie and only re-emerges for the final battle. This would be okay if the battle was good, but sadly there are far too many things going on and it all just comes across as a bit of a mess.

If you enjoyed the previous two films or perhaps have an affinity for the more old fashioned Shaw Brothers movies, then you’ll no doubt find something to appreciate in ‘The Sword And The Lute’. Hardcore kung fu fans however, may find the series a little too tame for their tastes and would be advised to look elsewhere.