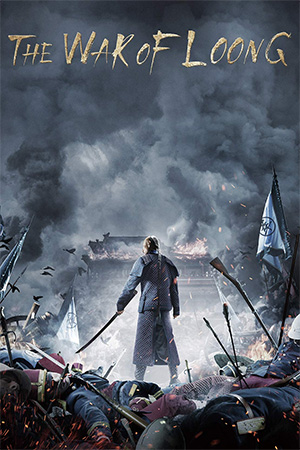 With the French forces taking over key positions in China, the native forces are threatened with defeat by the superior firepower from the occupiers. As an attempt to drum up morale against these odds, veteran general Feng Zicai volunteers his service quickly followed by his two sons. This new impetus and the obvious knowledge of the country means that soon, Zicai prepares for a decisive battle at Zhengnan Guan where the French invaders are keen to finally crush the uprising.

‘The War of Loong’, detailing a sequence of the key battles in the Sino-French War in the late 19th century, is given a suitably opulent big screen treatment with Gao Feng’s debut feature. From the first slick frames, through the well-populated battles and until the destructive finale, it’s clear that this is a production that has been invested in. The problem is that, while ‘The War of Loong’ certainly looks the part, it doesn’t always hold the attention the way it should.

Of course, that’s not to say the ‘The War of Loong’ isn’t a decent epic – the performances, even by the non-Chinese actors, are solid and the dynamics within the conflict are well explored. The difficulty, and this is something that historical epics often encounter, is the apparent repetition of the action, the feeling that the numerous large scenes of warfare have a tendency to blend into one another. This might have been forgotten if the build up to each was sufficient to create tension, but ‘The War of Loong’ is lacking in a sense of the historical importance of events. For those of us not knowledgeable about these events, it proves to be a film that never seems to step-up to a level that great epics would have done. Despite a solid start and the production values to do events justice, ‘The War of Loong’ just misses out on being overly memorable.