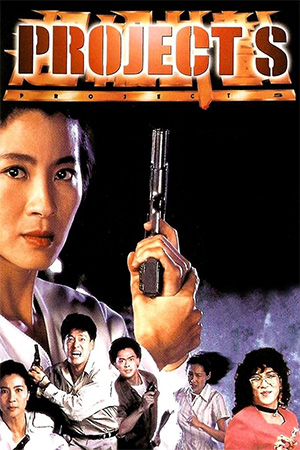 In the sub-genre of the femme fatale action film there is sadly more dross than quality. Exceptional performers such as Moon Lee, Yukari Oshima and Cynthia Khan are rarely seen in the kind of top grade films they deserve. However, Michelle Yeoh was always the exception to this rule (alongside Joyce Godenzi) making fewer films than the others, but of much more merit. Project S continues that run. Yeoh returns to the role of Inspector Hua (‘Police Story 3’), this time on the trail of a gang of robbers in Hong Kong. The clues seem to indicate that the robbers are former soldiers, but as the evidence mounts, the ringleader proves to be someone very close to her.

It’s obvious Golden Harvest spent money on this production and all of this is visible on the screen. Stanley Tong continues to show his skill in the action genre with more kinetic direction. Yeoh is naturally sublime, mixing acting ability with incredible physicality (better than Carrie Ann Moss in ‘The Matrix’). Supporting her are a cast of welcome faces including Yu Rongguang in a slightly deeper villainous role and Fan Siu-Wong showing what he is capable of. Top-notch action that is worth watching.