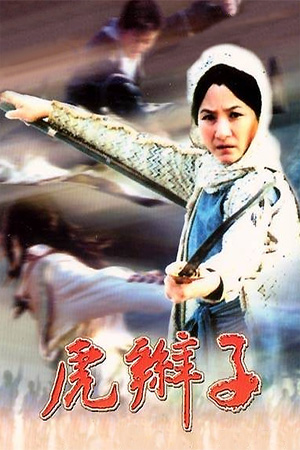 On hearing about royal treasure hidden in a cave among a Chinese mountain range, a group of bandits posing as government officials decide to trick a local resident into helping them retrieve it. Meanwhile, the unsuspecting ‘guide’s daughter, Tigress (Pei Pei), has her own problems fending off lecherous thieves at the bottom of the mountain. Although her whip-cracking, no-holds-barred fighting skills help her to a certain degree, it is only after she gives them the rather intoxicating ‘Tiger Bone Wine’ that she can subdue the cackling robbers. ‘Tigress’ then ties the dizzy-headed victims together and press-gangs them into helping her locate her father. While overcoming them their might was relatively easy, frog-marching the grizzled gang up the mountain is a different proposition as her prisoners frequently use their wiles to attempt an escape. Eventually, an uneasy alliance is achieved, something that is essential when the true villains are finally confronted.

Though Cheng Pei Pei will forever be associated with her swash-buckling days with Shaw Brothers, this relatively unknown Golden Harvest production easily sits near the apex of her filmography. Gone are the insular indoor sets and theatrical swordplay, for ‘Whiplash’ is a film that favours a gritty, earthy realism that sets it apart from its contemporaries. The vast majority of the film takes place among the Chinese mountains and acts as a stark contrast to the studio-bound productions favoured by the rival Shaw Brothers at the time; even for this reason alone, ‘Whiplash’ has an immediate visual impact that envelops the viewer.

Taking some obvious cues from the realism of certain Spaghetti Westerns, ‘Whiplash’ combines the said visual potency with an admirable emphasis on characterisation. Each of the bandits has their own personality and their own relationship with the character of Tigress, helping to make the non-action scenes remain engaging throughout. This also ensures that the pace of the film is consistent and excitement plentiful – director Ting Shan even manages to keep his audience on board during an unusual Gilbert and Sullivan-esque interlude championing the virtues of ‘Tiger Bone Wine’.

Ting Shan manages to get an excellent performance from Cheng Pei Pei (not a difficult thing to do given her redoubtable talents) and, more importantly, the supporting cast of genre bit-players and veterans. The interaction between them is therefore natural and flows better than many examples of the genre. It’s never easy to predict the motives of Cheng Pei Pei’s forced companions either, creating further moments of tension as to who can trust who. Such attention to areas that are sadly overlooked by many action productions means that ‘Whiplash’ has a maturity that is admirable while the moments of action have an edgy choreographic style that will please most veteran fans. ‘Whiplash’ may not be a particularly well known film, but with such a skilful blend of characterisation and robust fight scenes it really should be.