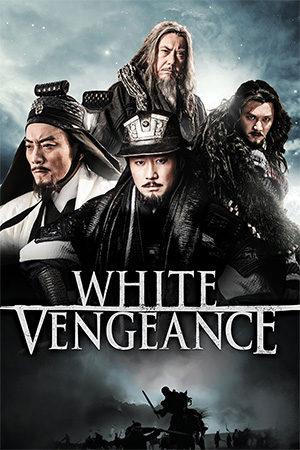 During the disintegration of the Qin dynasty, two warlords are key to re-establishing order in the land: Liu Bang (Leon Lai) is the leader of the Han tribe while Xiang Yu rules over the more populous Western Chu people. Both forces combine to sweep away the old order, but it is Liu who arrives first in the capital and is therefore heralded as the ruler. Xiang Yu is perturbed by this and plots an assault on the citadel, yet Liu, fully aware of the possible massacre of innocents that could take place, concedes the title.

The apparent harmony created by these actions is short-lived however as the allied people prefer Liu’s steady handed rulership over Xiang Yu’s more fiery temperament. Acknowledging his debt to the people who have supported him thus far, Liu begins to contemplate becoming ruler, but is unaware that his former friend Xiang is planning an elaborate banquet as a cover to assassinate him. Both sides now prepare for the feast, plotting their own finely orchestrated attacks under a guise of civility.

‘The Banquet At Hong Gate’ – a pivotal moment in China’s ancient history – is given the opulent big budget treatment it needs with ‘White Vengeance’, the latest action epic from ‘14 Blades’ helmer Daniel Lee. For those not familiar with the event, and that will probably include most of us educated in a Western world not known for its focus on Asian history, the banquet is seen as the moment that ushered in the Han dynasty that ran for four hundred years.

As with many other great moments in national history though (The Gettysburg Address, The Signing of the Magna Carta, The Treaty Of Versailles to name the more obvious ones) it is difficult to convey the necessary awe and gravitas of the moment on film. The banquet takes place in the middle of the film’s duration, with big battle scenes either side of it, and somehow gets lost in the surrounding drama. It tries quick editing and a jazzed up game of ‘Go’ to infuse the moment with tension, but the handling of the material creates an underwhelming experience.

‘White Vengeance’ – in keeping with the generic expectations of recent years – has big, bruising conflict aplenty and it’s those moments that tend to have the greatest impact. The aforementioned banquet and the awkward love triangle do not engage as they should – two or three unspectacular performances do not help though Zhang Hanyu is excellent as the sagacious Zhang Liang. ‘White Vengeance’ does also have a particularly strong ten minute epilogue that muses on the nature of power and paranoia which gains it an extra half star, but ‘Red Cliff’ remains a very lofty benchmark that Daniel Lee’s film is never near reaching.