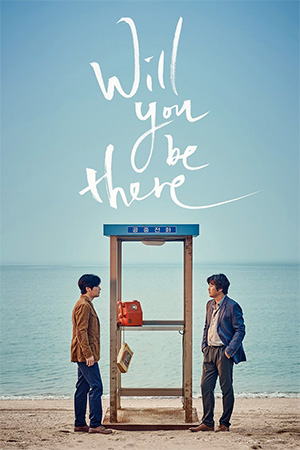 Top Korean surgeon Soo-Hyun (Kim Yun-Seok) is volunteering in Cambodia when, in gratitude, an elderly villager gives him ten pills that he claims will help him change the past. Soo-Hyun forgets about what he sees as pointless folklore and returns to Korea where his worst fears are confirmed: he is dying a lung cancer. With a life of regret weighing on him, Soo-Hyun idly takes a pill and falls asleep only to wake up thirty years before and in front of his younger self. As he is only there for a short time, Soo-Hyun senior wakes up and puts the experience to a particularly vivid dream.

Meanwhile, Soo-Hyun junior is leading a content existence in 1986 where the love of his life, cute as a button dolphin trainer Yeon-A, is planning their future together and he is working towards being a surgeon. When his older self appears once again though, both versions of Soo-Hyun find that every decision they make has an effect on the future, especially when it involves the life of Yeon-A.

Based on the book by French author Guillaume Musso, ‘Will You Be There?’ is the kind of time travel drama that never skips a beat. That’s no mean feat considering the inherent dangers with any story that involves going back into the past and changing the present; the paradoxes tend to be enough to make genre fans turn off if they’re not handled correctly. While ‘Will You Be There?’ doesn’t pretend to be meaty intellectual fare like ‘Primer’, it is infinitely more charming and succeeds on its own merits.

The time travel element is used inventively, yet the real strength of the film is the chemistry between the cast. The two incarnations of Soo-Hyun are excellent when sharing the frame while the two actors playing his best friend (notably Korean character actor Kim Sang-Ho) add fine comic support. As the story is effectively about relationships more than the manipulation of cause and effect, it is somehow reminiscent of the excellent Jim Caviezel/Dennis Quaid film ‘Frequency’; the fact that it holds its own in such company shows what an enjoyable experience it is.

‘Will You Be There?’ isn’t without its plot-holes, nor is it free of moments when you want to shake the character on screen for acting a certain way. However, the occasional frustration is rendered much less important when the rest of the production charms so effortlessly. A sweet and uplifting film that comes highly recommended.