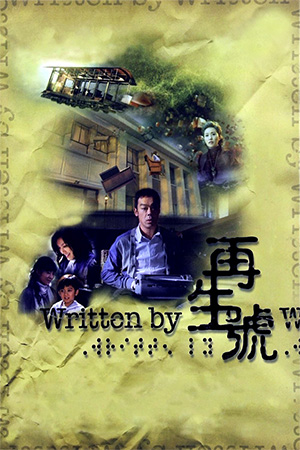 The idyllic life of a family is shattered when a serious car crash kills the father and leaves the young daughter Melody blind. As the years pass, the wife, Mandy (Lin), and her two children still have difficulty coming to terms with the tragedy and cannot forget that fateful day. Melody develops a talent for writing as she reaches her late teens and, as a form of catharsis, elects to construct an alternative version of the event with the help of the other survivors. In this newly invented reality, the late father Tony was the only person to survive the crash although he is now blind and looked after by his Philippino amah. Tony now takes to writing himself and finds a way to converge the realities, his mother, daughter and son gradually reappearing as it develops. The various stories grow in complexity, but when another real tragedy occurs that destroys Melody’s newly-established peace, the writing threatens to become a millstone around her neck.

So which director would we have behind the lens for the intriguing ‘Written By’? Would it be the Wai Ka-Fai who co-directed such classics as ‘Turn Left, Turn Right’ and ‘Fantasia’ or the one who was responsible for debacles like ‘Himalaya Singh’ and the moribund ‘The Shopaholics’? Although this Wai Ka-Fai may not quite be in the former camp with this solo directorial project, its pleasing to report that he almost certainly avoids the latter. Occasionally thought-provoking, touching, but eventually muddled and unsure of its ultimate goals, ‘Written By’ is nevertheless a solid attempt to break away from the norm.

‘Written By’ starts with a shock and then successfully paints a picture of grief that is painfully effective. As the plot turns to splintered realities, the potential for a patient musing on mortality seems to await. Kelly Lin’s efforts help draw us into the personal trauma and give her deceased husband subtle layers of mature characterisation.  Then Lau Ching Wan enters to dominate the acting honours, recent purple patch still vibrant, and the parallel storylines work with each other seamlessly. Yet as the film unfolds the perspective gets murky and Wai Ka-Fai’s juggling of the various elements comes into question.

Eventually the atmosphere that has been carefully crafted moves into an awkward denouement, struggling to find the correct tone or proper way to end the story. The blurring between reality and fiction should maintain interest as long as the audience can understand the rules of the world that’s been created and, importantly, why the distinction can be so easily twisted together. ‘Written By’ ends with much bluster and a lack of that early promise.

Wai Ka-Fai’s previous work shows what he is capable of and what he can descend into without a proper purpose. ‘Written By’ gives us a little of both, though the attempt to go for a metaphysical drama – relatively shallow as it is – should be appreciated for its gusto.