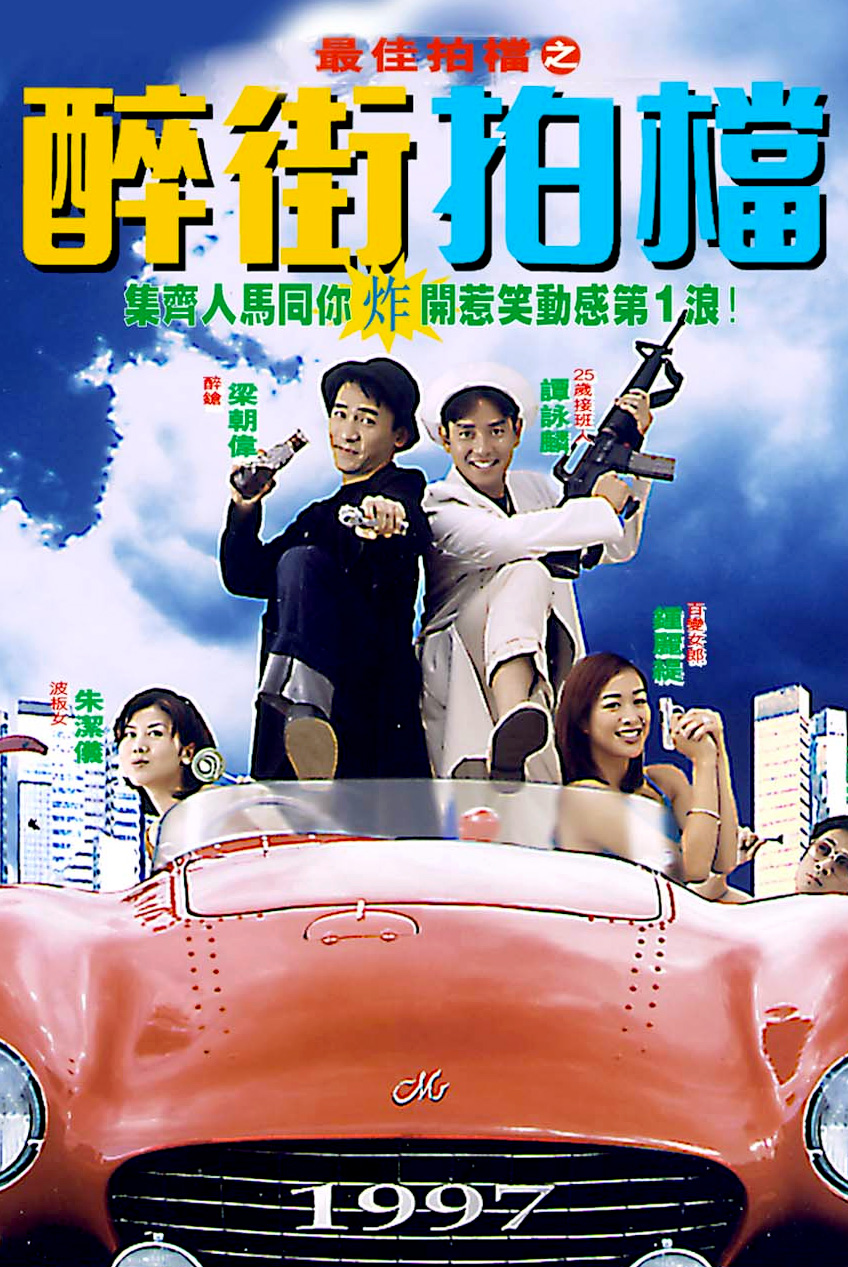 Writer Raymond Wong attempts to take the landmark early 80s ‘Aces Go Places’ films and give them a late 90s update. This time, the star is another Cantopop singer/actor Alan Tam who is backed up with an all-star cast and a series of ‘in-jokes’ aimed at the knowing local audience. It proves, of course, not to be a patch on the original classic.

With the death of his criminal patriarch, cowardly son Philag (Tam) is called back from his studies in the U.S. to head the family organisation and avenge the death of his father. The supposed killer is Robin Hood style superthief Ling (Chung) who is also being chased by highly eccentric gangster Lui (Ng) – the victim of one of her outrageous cons. As Philag is hardly assassin material, his family hire drunken marksman Shooter (Leung) to train the potential godfather to fulfil his task. While Philag stalks his target, he falls deeply in love with her and also discovers that she was not responsible for his father’s murder. These moments of romance are naturally put to one side when all singing, all dancing madman Lui finally captures Ling and plots his revenge.

Despite a promising pre-credits sequence, ’97 Aces Go Places’ plummets to the levels of mediocrity shortly thereafter. The first taste of how the duration would pan out is when the soundtrack begins to play over the credits; the well-loved Samuel Hui ditty is given an uncomfortable and unwelcome re-mix that grates against those enjoyable feelings of nostalgia. From this point onwards, the attempt to re-create what made the original series so entertaining falls flat.

Though some have tried to argue that the premise of the original ‘Aces Go Places’ is too ‘dated’ to translate to its updated era, the real problem is that this homage lacks all of the exuberant spirit that made its inspiration such fun. While Hui and Maka tackled ludicrous thieves with a mixture of ingenuity and a dash of surrealism, the lead pair here stumble through the plot without generating interest. Alan Tam is an able performer, but looks uncomfortable playing a role that seems to be ten years too young for him – a mistake that is parodied in one of the film’s few successful jokes. Tam is easily superior to the usually dependable Tony Leung Chiu Wai though; his blank performance gives some indication of his actual interest in its outcome. Such a zany film needs its lead pairing to be on top form and work around any deficiencies, but this task proves to be beyond their half-hearted efforts.

The cardinal sin that the film commits is to force its comedy and, when this proves unsuccessful, pick on easy targets for ‘humour’; a strange and distasteful joke at the expensive of two disabled characters is a little indication of how low things get. Even though there are few bright spots – namely Francis Ng’s surreal rendition of the theme from ‘Police Story’ and Christy Chung’s fight with Billy Chow! – it’s sad to report that ’97 Aces Go Places’ has little to recommend it. Even though I was eager to like the film and the trailer helped make this seem a possibility, this is a major disappointment – even for the most forgiving fans of the Samuel Hui/Karl Maka classic.