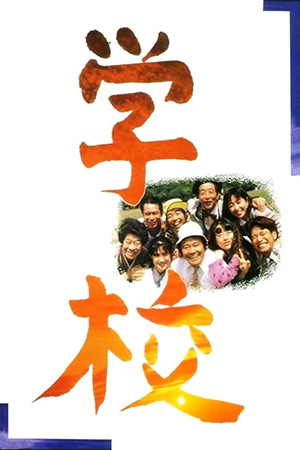 Kuroi (Nishida) is a slovenly, yet greatly loved teacher at a Japanese night school where his class includes a variety of fractured souls seeking education. Included among them is Onomi, a Korean woman who, despite being in Japan for most of her life, still struggles with reading and writing the language; Midori, a young woman who has reformed her life since meeting Kuroi; Chan, an immigrant from China with a Japanese mother, but without an affinity for his homeland or adopted country; Eriko, a shy student who finally finds meaning in her life with her enrolment in the classes. As each one writes their memories of the past year for their final assignment before graduation, their respective struggles are explored as is the sense of friendship they all enjoy.

Yoji Yamada, that Japanese director who has produced some of the country’s most enduring films yet barely gets a sniffle of recognition outside of his homeland, tackles those who slip through the cracks of the Japanese education system. And of course, with Yamada at the helm, this isn’t the usual ‘tough-teacher-takes-class-of-inner-city-misfits-and-helps-them-fulfil-their-potential’ schtick (entertaining though that can be); ‘Gakko’ (to give it its Japanese name) is a portrait of quiet hope and self-worth painted with the delicate strokes the director so often uses. It touches on a silent underclass within Japan’s academically-driven society and how one outlet provides for their needs (the film closes with a tribute to the various Gakko or night schools and their teachers).

‘A Class To Remember’ has a protagonist that recalls the beloved Toru-San, Yamada’s greatest legacy to Japanese cinema. This is no accident as that heroic outsider is the perfect fit for the story being told here. This time it is Toshiyuki Nishida – forever burnt onto my mind as Pigsy in the legendary television series ‘Monkey’ – who takes the role of the rotund and slightly irascible lead, showing just as much genuine warmth as Kiyoshi Atsumi (who has a cameo role here) did as Toru-san. Surrounding Kuroi is a fine collection of well-sketched characters who, despite occasionally veering towards clichés, contribute a great deal of poignancy to the storyline.

Few film-makers have contributed as many works of genuine quality to the medium as Yoji Yamada, yet he remains something of an under-appreciated director outside of the Land Of The Rising Sun. ‘A Class To Remember’ can be added to his list of works that look at the common man and afford a certain dignity to the seemingly mundane. A mixture of flawless commercial flair and Ozu-esque introspection, Yoji Yamada is someone to cherish and his back-catalogue, of which ‘A Class To Remember’ is an excellent standard-bearer, shows deserves his place among his country’s luminaries.