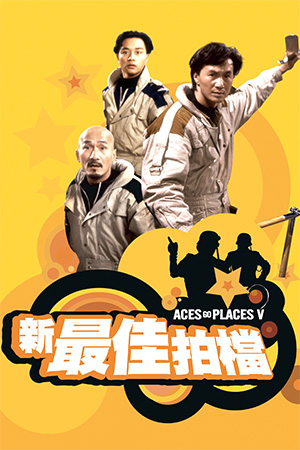 The final official chapter in the ‘Aces.’ saga sees yet another change of director. This time, one of Hong Kong’s greatest ever directors, Liu Chia-Liang, takes over and the style of the film now turns to kung fu rather than outlandish action.

One of Hong Kong’s top heart-throbs, Leslie Cheung joins the old-hands for another tale of theft and dirty-dealing, this time centring on the Terracotta warriors in China. The film boasts a truly stellar cast and good production values, but sadly the saga had run out of steam. The poor box-office returns for this film proved that audiences wanted a change from what had become a national institution. Even drafting in The Pops as director proved fruitless as ‘Aces. V’ is watchable, but certainly the weakest episode so far.