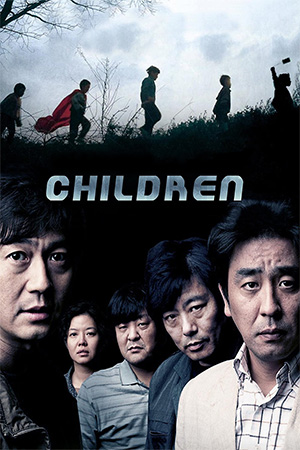 In a Korean village on March 26th 1991 five children go for a trek into the mountains to catch frogs, but they never return. Initially, the police are reluctant to take the disappearance seriously, reasoning that the kids are lost and will find their way back home. Days pass though and the parents fear the worst, but after endless searches from the authorities in the area, still no trace of them remains.

The story slips down the news headlines until, after a few years, it is forgotten about by all but those tragically affected. When a disgraced documentary film-maker sees the mystery as a great way to kick start his career the case is re-opened. He discovers police incompetence and potential cover-up while assisted by a criminology lecturer who has his own theory on what happened.

There’s a very fine line between supposition and sensationalism when putting a true story on the big screen with very subjective opinions blended in. It’s a balancing act along such a moral tightrope that Lee Kyoo-Man engages in with ‘Children…’, a thriller based around a real tragedy though with significant artistic licence from the film-makers.

By using Park Young Woo’s unpleasant reporter to be a means of peeling back the facts of the story, the audience is allowed into the narrative and not kept at arms length. While fiercely unsentimental, ‘Children…’ is not just an objective police procedural film and it is such exposition that is its greatest asset. The style becomes intensely involving as those unfamiliar with the mystery are introduced to representations of those who would have actually been affected by the tragedy. These often prove to be the scenes that stick in the mind and that is in no small part thanks to solid, sombre performances by the cast.

Where ‘Children…’ begins to fall is in its bold assumptions about the case. Subjective theories are woven together with cold-hard facts in a way that can be misleading; it requires a moment of personality clarity for the reviewer to remember that this is an postulation on the part of the director/writers. The Korean countryside once again becomes that dark foreboding ‘other’ that local films tend to emphasise with all of the inhabitants creating a wall of silence and shots of harsh, unforgiving forests and hills. Not that ‘Children…’ should be a bucolic celebration, but these ideas of the world outside of the city being like something out of ‘The Wicker Man’ have been strongly enforced in far more films than I care to remember (though ‘The Moss’ springs immediately to mind).

Lee Kyoo-Man provides us with a well shot, gently paced ‘what if?’ that might not be gripping, but is much more than just a distraction. When it begins to confuse fact and fiction as the same thing it loses its way and occasionally strays into needless sensationalism.