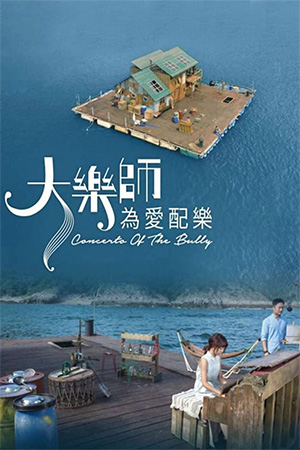 Small time goon Yung earns money acting as the muscle for a gangster who himself is noticeably low in the food chain. Yung becomes agitated by his work and has a special intolerance to noise which is only placated by listening to certain song by an unknown artist. Yung lives isolated on a remote fish raft away from the hustle and bustle of Hong Kong’s busy streets. Unfortunately his orchestrated area of peace miles from anywhere is disturbed when he returns home to find a young woman tied up and an instructions left to look after her. Baffled at first, Yung tentatively does as instructed by his boss even though it immediately involves him in what is a kidnapping plot. The victim, however, just so happens to be the owner of the one voice who soothes Yung’s troubled soul and the kidnapper and his victim find a common ground in music. As the two grow closer to one another, the police are piecing together events and slowly the net begins to close in on Yung and his colleagues.

Recalling those doomed rom-drams of yesteryear where low-level gangster falls for someone from a totally different world, ‘Concerto Of The Bully’ is something of a nostalgia trip. Peppered with the sensibilities of 90s Hong Kong films and borrowing heavily from the classic ‘A Moment of Romance’, ‘Concerto Of The Bully’ is a strange diversion that cannot quite make sure how seriously it should be taken. It switches from being slightly gritty to almost hyper-real with a need for some great suspension of disbelief on the part of the audience. Yet, Hong Kong cinema is the proverbial beggar not being a chooser and of it’s kind, ‘Concerto Of The Bully’ is one of the better recent films from the once fertile fields of the region.

‘Concerto Of The Bully’ strength is the unusual mix of characters and how they interact with one another. Ronald Cheng and his fellow losers are watchable and unlikely anti-heroes and when Cherry Ngan comes into the story everything somehow blends together. The chemistry between Cheng and Ngan is more than adequate though director Fung Chih-Chiang cannot seem to decide whether they are meant to be friends or lovers; throughout the film there are ‘will-they-won’t-they moments’ but rather than teasing the audience it just appears as if the film-makers can’t quite make their mind up what to do.

By no means in the same league as ‘A Moment of Romance’, ‘Concerto Of The Bully’ is still a worthwhile effort. Whether the watchable Ronald Cheng deserved to be nominated for Best Actor at this year’s Hong Kong Film Awards is open to debate, but he can only work with what he’s given and as such comes across well. Nothing remarkable here though it’ll have to do fans of Hong Kong cinema in these days of slim pickings.