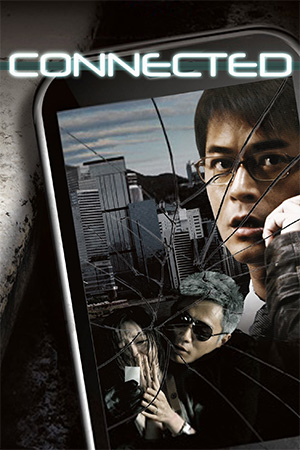 Debt-collector Bob (Koo) finds his sensitive side a stumbling block to financial gain while his private life is equally chaotic due to countless broken promises to his son. His latest oath is that he will see the youngster off at Hong Kong Airport when he has finished work, an earnest gesture that is nonetheless questioned by his cynical sister who looks after the boy. Bob’s day takes an unexpected turn when a call is made to his phone from a distressed woman claiming to have been kidnapped. This initially appears to be a rather tasteless joke, but the caller’s insistence persuades Bob to stay on the line and try to help.

At the other end of the line is Grace Wong, a single mother who is grabbed by a ruthless gang and thrown into a remote shack until she is willing to co-operate. Grace, however, is completely unaware as to why she has been kidnapped and, using her engineering capabilities, re-connects an abandoned telephone line to make the random call. As her captors reveal just how few scruples they have, Grace begs Bob to pick her daughter up from school before she is apprehended. With corrupt police officers and wrongful accusations to contend with, Bob finds his heroic side and tries to find Grace before their connection is discovered.

When it was announced that the competent, yet hardly remarkable ‘Cellular’ was to be remade in Hong Kong, few cinephiles were counting down the days until it reached cinemas. Benny Chan moved from the thrilling ‘Invisible Target’ to a ‘re-imagining’ (as I understand the professional terms for this to be now) that nobody had asked for. Yet the concept that Larry Cohen – the ever-imaginative B-movie maestro – had for the original is ripe with dramatic possibilities, the very epitome of that term ‘high concept’. Suspend disbelief, no tie disbelief to a missile and launch it into the stratosphere, and the whole story becomes a gripping race-against-time.

Without obvious bias clouding judgement, it is safe to say that Benny Chan’s ‘Connected’ is more consistently entertaining than its inspiration. Some superior action set-pieces help the pace zip along while the varied locations used to stage them adds to the thrill. ‘Connected’ also concludes with an airport-set finale that is a credit to its director, a man whose skill in the genre should not be ignored. Every drop of tension is squeezed from the narrative, never allowing any plot holes to make themselves apparent. Louis Koo is cast against type as the diffident hero quite successfully while Nick Cheung’s solid performance should hopefully ensure that future roles will be dramatic like this rather than ‘comedic’ in some desperate comedy with ‘Conman’ or ‘Gambling’ in the title.

Villains cackle, heroes shout and Motorola is given the kind of plug that verges on the reverent. That said, ‘Connected’ is outrageously entertaining and maintains its energetic momentum throughout. For anyone looking for an above average Hong Kong action film these days, that should be all the commendation it needs.