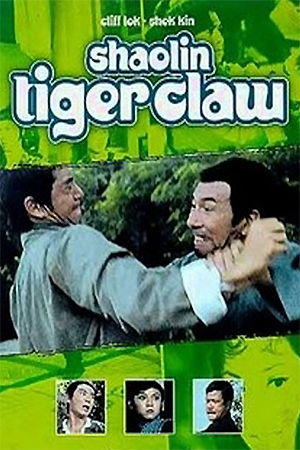 With a desire to be deemed the best fighter around, an arrogant young fighter (Lok) roams the land and challenges anyone who is considered worthy. After another successful bout, he hears rumours about a legendary fighter named Tiger (Kien) and those who knew him claimed he could never be beaten. As he has a new target, the young challenger gathers information about Tiger and discovers that he has been in prison for a considerable time. This single-minded obsession with excellence drives the assured fighter to get into prison and break Tiger out. Refusing to accept a duel, Tiger instead discovers more and more about the betrayers who sent him to prison. His investigations uncover the truth behind those he once trusted and the reasons behind the untimely death of his wife. Nevertheless, his prospective opponent finally hounds him into a proper duel that is to be contested in front of the village. Tiger, however, learns of an incredible secret about the swaggering traveller that could influence both of their lives.

The ‘hammer hitting a baking tray’ sound effects and the flailing arms and legs dates this kung-fu drama back to the early to mid-70s. ‘Tiger’s Claw’ also appears dated with the first sights of a very young-looking Cliff Lok taking the lead role. Immediately then, prospective viewers will get an initial indication of whether they’ll enjoy this film or not. Lok was never the Jade Screen’s most graceful fighter – indeed his raw energy and rough approach draws an obvious comparison to Wang Yu – but his lead role is watchable as is Shih Kien’s more mature performance. The big annoyances with this film are based around its unimaginative choreography and poor direction. Firstly, even though this dates back to 1974, there’s still a definite lack of spark in many of the fight scenes; the odd one or two confrontations do prove to be reasonably engaging, but as a whole this isn’t the case. Also, Lok’s character is so unpleasant and arrogant that it is quite a challenge to warm to him. Unfortunately he’s the main star and so his irrational behaviour and dreadful treatment of others is meant to be accepted by a gullible viewer. There are moments of intrigue that help ‘Tiger’s Claw’ to entertain and it’s definitely not the worst the genre has to offer. However, any chance of a three star rating is undermined by some very dubious plot twists and a complete lack of development of them.