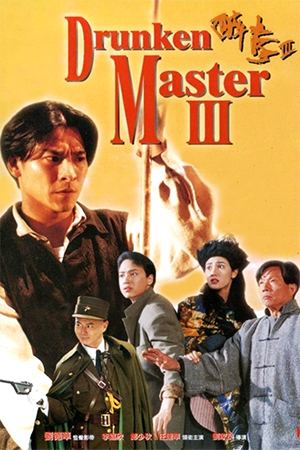 After the Mo Mo Revolution, Yuen Shi Kai is given the opportunity to become King by the White Lotus sect. However, the one thing he needs to ensure success is the Jade Ring which he has already given to his bride-to-be, Princess Sam Yuk (Reis).  Kai sends his men to retrieve Sam Yuk but she has already been taken hostage by Yeung Kwan (Andy Lau), one of the leaders of the revolutionaries fighting the tyrannical ruler.  When the two of them are injured they end up in the care of Wong Kei Ying, a famous doctor and father to, yes you guessed it, Wong Fei Hung (Willie Chi).  Kwan leaves the sick Princess in their care and asks them to to meet him in a few days.  Fei Hung volunteers to transport Yuk to her destination but unfortunately they run into trouble and end up staying with wine maker and drunken boxing expert, Uncle Yan (Chia-Liang).  During their time there, the ring is accidentally broken and when Sam Yuk returns to the custody of the soldiers, she is sentenced to death.  Now it is up to the gang of martial arts masters to save her and stop Shi Kai from becoming King.

When Jackie Chan and Liu Chia-Liang clashed on the set of ‘Drunken Master II’, Liu decided to take flight and make his own interpretation of a sequel.  The resulting effort was ‘Drunken Master III’; a film that really has little in common with its predecessor and always feels like a fairly rushed and shambolic mess. The biggest issue it has is clearly the plot, as it chooses to focus more on the political battles of the era rather than any specific character interactions. This may sound like an intriguing idea but it’s so sloppily constructed and tedious that you quickly start to lose interest. There’s also a noticeably heavy leaning towards childish comedy, most of which completely misses the mark and is generally more irritating than funny. The only small saving grace comes from the fight scenes, particularly the finale which sees Liu Chia-Liang, Andy Lau and Gordon Liu all going toe-to-toe.

With so much talent on board, you would expect ‘Drunken Master III’ to be a much better film. Sadly, the weak plot and general ridiculousness are just too much to bear, and most of the star power winds up being utterly wasted. As is often the case with Liu Chia-Liang films, there are still a couple of action highlights but it’s certainly not enough to make it worth your while.