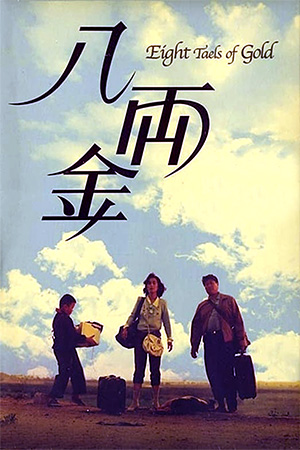 Mabel Cheung may be one of the lesser known names of the early 80s Hong Kong New-Wave – directors such as Tsui Hark and Ann Hui gaining a greater attention worldwide – yet she has an indelible auteur’s stamp that ensure her greater works will stand the test of time. The subtle strokes which she paints works such as the sublime ‘An Autumn’s Tale’ are testament to the efficacy of her understated, yet consistently resonant style. ‘Eight Taels Of Gold’ is the opportunity to see the auteur behind the lens directing one of Hong Kong’s most beloved stars, Sammo Hung, as he participates in a rare non-action role.

New York taxi driver Slim (Sammo) illegally entered his new home nearly two decades ago and finally considers himself a U.S. citizen when his green card is confirmed. He decides to travel back to China and re-acquaint himself with his family and the village life he enjoyed years prior to his emigration. On arriving, Slim initially has to face the quirks of the country of his birth before he meets childhood friend Jenny – still known to him by her nickname ‘Odds-and-Ends’ – who travels through China with him.

When the friends eventually reach the isolated village of Slim’s birth, a tearful reunion with his parents and younger sister follows and the years of their estrangement are forgotten. Yet news of Jenny’s upcoming marriage to another Chinese immigrant living in New York ruins his happiness as Slim has begun to view her as more than just a good friend. Despite his words of encouragement to Jenny and own attempts to find a wife in his village, the portly taxi driver is about to see his true love disappear into the horizon with her own arranged mate.

From the chaotic metropolis of New York to the Chinese hinterland, ‘Eight Taels Of Gold’ is a drama that thrives on contrasts and what is seen rather than what is said. Mabel Cheung, alongside longtime writing partner and husband Alex Law, fashions an unlikely love story that hints at deeper emotions with long, lingering shots of the quietly lonely lead pair. As with ‘An Autumn’s Tale’ the effect is bittersweet and the consummate skill of director and writer is to burrow under our skin with beautifully subtle pathos. The contrast between Slim’s proud repatriated New Yorker and the parochial Jenny yields the necessary chemistry while their inherent differences melt away as the story continues.

There is little doubt that Sammo Hung is a skilled actor, but this was his greatest opportunity to break down the barriers and prove it. That’s certainly not to say that his action dramas do not feature strong performances – see ‘Pedicab Driver’ as the obvious example – but many critics refuse to acknowledge that these genre films can actually contain professional work alongside the usual physicality. Naturally ‘Eight Taels Of Gold’ offered Sammo the limelight within an ‘acceptable’ framework and he grasps this role with all of his usual vim. Whether playing the loutish oaf or the vulnerable lover, Hung is an assured thespian and, in keeping with the Mabel Cheung way, allows the hidden pain display itself on his world-weary face. Sylvia Chang is  particularly good here as Jenny, a protagonist far less confident than her usual roles.