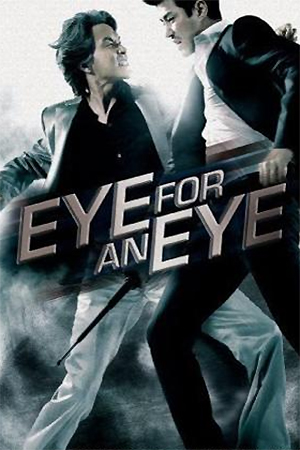 The plans of egotistical, yet undeniably gifted Korean detective Baek for early retirement are thrown off course by the emergence of a criminal mastermind whose ingenuity may be a match for the law enforcer. Determined to end his career with a profile capture, Baek sets out to track this new nemesis down and pieces together the parts of a slickly-handled heist which left a security company noticeably poorer. Yet the hunted always appears to be a few steps ahead of the hunters and even manages to relieve an underworld cartel of an illegal shipment of gold right in front of their eyes.

Baek’s leads eventually point to a white collar criminal who has organised a team of ex-cons to carry out his precise plans. But Baek is surprised to learn of the esteem he is held in by his target and the real intentions he has for the detective. Soon the men from either side of the law need to combine to bring down a common foe, a Korean kingpin who has tangled with Baek in the past yet continues to evade imprisonment.

Similar in execution to ‘Running Out Of Time’ – not to mention a number of other cop flicks, ‘Eye For An Eye’ hardly offers stunning originality. The cat-and-mouse thriller has been married to the police procedural film since the invention of celluloid and we’ve all developed cinematic gout from endless pairings of mercurial detectives with their kindred spirits on the other side of the law. Yet ‘Eye For An Eye’ is testament to how a glossy, slickly handled work can foxtrot over endless clichés.

Any story that is so centred on the battle of wits between two perspicacious protagonists is entirely at the mercy of their performances and how skilfully their characters inhabit the narrative. ‘Eye For An Eye’ can be thankful for its two flawed heroes and the enjoyment sustained from judging who has the upper hand and at what point. This even translates to the final act where the pair co-operate to take on the story’s real aggressor. Han Suk-Kyu as the self-assured Baek is undoubtedly the pivot of the whole film and he dominates every scene he is in with a menacing glint in his eye and an obsessive determination that recalls ‘Dirty Harry’. The way this maverick anti-hero saunters into investigations and reacts to the game he has found himself sucked into is beautifully realised by the two men behind the camera. This would be a far less diverting feature without Han Suk-Kyu participation.

‘Eye For An Eye’ has its fair share of twists and turns to compensate for the lack of hard-edged action. There’s also a undeniable pleasure in seeing how a motley crew of robbers can pull off their tasks right under the noses of the law enforcers who are closely watching, then having to use the same wiles to keep one step ahead of the true villain of the piece. It may not be refreshing, it may not be especially exciting, yet ‘Eye For an Eye’ has a few aces up its sleeve – these are enough to recommend it to a wider audience.