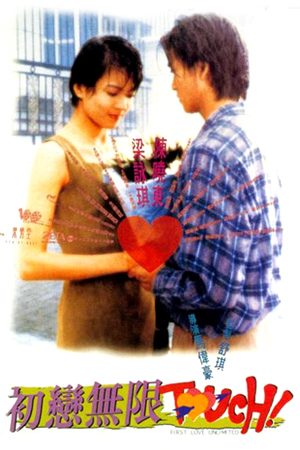 Hong (Chan) is stuck in a school that has little appreciation for him, though the feeling is mutual. As it is a Band 5 school and therefore seen as education for the deprived, the hopes and dreams he has are of little consequence. Around him is his poor but loving family and supportive best friend. An ordinary life is injected with romance when Hong meets Tap (Leung), a popular pupil at one of Hong Kong’s most prestigious schools. The pair share a few romantic dates together and slowly fall in love with each other. However, it isn’t long before the issue of money and status are brought into the relationship and pressure is exerted from both sides of the couple’s supporters. Tap’s mother is a highly respected businesswoman who is accustomed to receiving the best and sees Hong as a less than adequate boyfriend for her daughter. Added pressure comes from one of Tap’s rich admirers (Fung) who begins to uncover the truth about Hong and happily tell her mother. Nonetheless, with help from his father (Hui) and best friend, Hong is determined to win the heart of the girl he loves and pacify his mother at the same time.

Joe Ma is well versed in directing romantic dramas or comedies. In the past decade he has contributed to Hong Kong cinema with some of its biggest hits within the genre. With ‘First Love Unlimited’, Ma tackles the well trodden path of the rich girl-poor boy romance and its various problems. As with so many other films that share this idea, ‘First Love Unlimited’ is a lightweight production that doesn’t tackle the subject with much insight. Having said this, it is intended as pure entertainment and with this in mind, it succeeds to a certain extent. The main problem of the film is the lack of development for the romance; the actual feelings between the two lacks genuine heart and therefore undermines any chemistry. The necessary opposition for the couple to face is also weak and doesn’t really offer the drama that would have made ‘First Love Unlimited’ a big success. Whatever faults it has though, it still retains a solid entertainment value. Some of the background characters, particularly Ricky Hui’s role as Hong’s father, add a fresh quality to the film. It may be an inferior mix of ‘Pretty In Pink’ and ‘Some Kind Of Wonderful’, but it’s certainly not a waste of time.