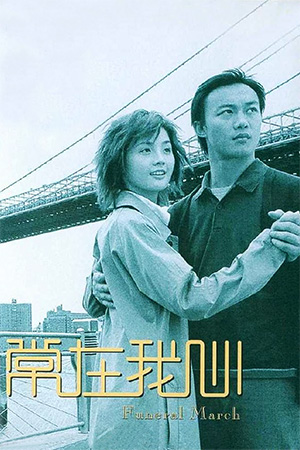 Quiet and unassuming funeral director Duan (Chan) is one day asked to complete an unusual task by a young woman he meets: to organise her funeral. After explaining that she has cancer and therefore expects to die in the near future, Yee (Choi), specifies her demands for her very personal memorial. Duan reluctantly takes on the job even though he has his reservations about Yee’s desire to give up so quickly. Accompanying this young client on her trip to the U.S. to finalise certain matters, Duan encourages Yee not to give up and not to refuse further treatment to combat her worsening condition. His request is ignored and even her family’s pleas fall upon deaf ears. Spending time with Duan begins to change her perspective on life though and she finally agrees to return to the hospital in Hong Kong to have her operation. When this proves successful and Yee leaves the hospital, she resumes her friendship with her new best friend. Duan however feels that she cannot function relying on other people and therefore attempts to cut ties with the fully recovered Yee. These actions reveal aspects of his own personal life that he wants to keep secret, but that come to the surface when his devoted friend refuses to let him go.

Viewers will no doubt spot similarities between ‘Funeral March’, ‘C’est La Vie Mon Cherie’ and acclaimed Korean drama ‘Christmas In August’. Each of these excellent productions deal with the growth of love against the backdrop of heartache and misery; ‘C’est La Vie Mon Cherie’ didn’t use a character’s illness as the catalyst of the storyline as the other two do, but it shared the understated nature of a relationship. ‘Funeral March’ once again shows how Eastern cinema can produce a emotionally powerful film out of what may seem an overly sentimental theme. By avoiding Hollywood histrionics or schmaltz, a well-worn plot again manages to seem fresh and deeply moving – something that the two previously mentioned films also achieved. The success of Joe Ma’s drama is in its empathetic characters and heartfelt performances. Eason Chan is superb in a role that would have seemed beyond him a year or so ago and he really shines in the film’s more delicate moments. Relative newcomer Choi begins with unease, but by the end has won the viewer over with her handling of certain dramatic moments. Ma’ direction is also more refined than in his other efforts this year, especially the disappointing ‘Fighting For Love’. If there’s anything that constitutes a major flaw it is the often obtrusive and heavy-handed music. Although starting with a fairly melodic and gentle tune, the soundtrack ends with a cloying piano track that smacks of American TV dramas. It’s a shame because the quality of this fine feature is far above these unfortunate trappings. ‘Funeral March’ nevertheless has a strength that will appeal to all of those who are familiar with the best of the genre.