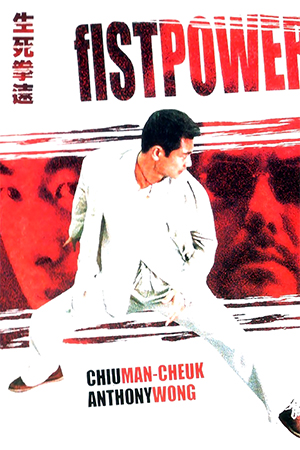 Wong Jing protégé Aman Chang helms this unremarkable yet watchable Vincent Zhao vehicle that attempts to do for the Mainland star what modern-day action films like ‘My Father Is A Hero’ did for Jet Li. The plot follows a retired military general (Wong) forced into an unpleasant situation when his beloved son is taken away from him by his ex-wife and her new tycoon’s boyfriend. This conniving pair have the backing of the law and decide to take the child to the U.S. where the tycoon is coincidentally in line for a sizeable payout from a will should he produce a son within a designated time. Without any hope of getting him back through the legal channels available to him, the boy’s father decides to hold a local school hostage until his son is brought to him. In the school though is the nephew of a Chinese security expert (Chiu) who decides to take the law into his own hands and find the boy before any hostages are harmed. However, the tycoon also sends men out to delay the operation and make sure that he reaps the benefits of the lucrative will his eyes are fixed on.

Director Aman Chang follows his well-known formula of film-making with this action film i.e. an inexpensive and quickly made film that sidesteps storyline in favour of action. For those who care to look, ‘Fist Power’ is full of lapses of logic, but this never attempts to be a thinking man’s action film. Instead the film serves as a reasonable platform for the definite talents of Vincent Zhao and gives the star a few fight scenes in which to shine. When Chiu is in action the film’s lack of excitement is brushed aside and the real reason for watching is quickly revealed: the balletic grace of his superb fighting skills. Anthony Wong and Sam Lee are hopelessly underused in their respective roles; Wong in particular is given little chance to show off his thespian skills and instead sleepwalks through the film. What certainly doesn’t help is the lack of a truly menacing villain for him to play; as the audience knows that Wong is a caring father, they know he will not harm the hostages and therefore any threat that a villain should normally display is turned into sympathy. ‘Fist Power’ is a very thin framework onto which a few interesting action scenes are hung and should not be treated as a classic of the genre; taken on its own minor aspirations, the film is watchable and reasonable entertainment. It is hoped, however, that Vincent Zhao will be given bigger and better quality productions in which to star in the future.