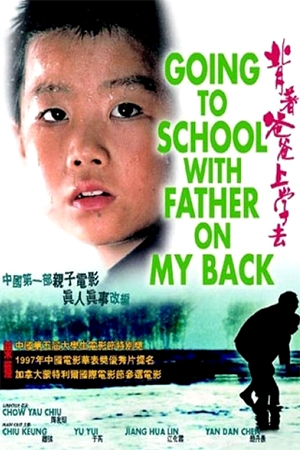 Once again, Mainland Chinese cinema has presented viewers with another masterful blend of the sublime and the simple. As with so many of these enriching productions, the synopsis doesn’t quite do justice to the overall quality of the film, but these are the necessities of a review.

With scant resources and little support, a Chinese farmer resigns himself to the fact that only one of his children can go to school to get a highly-prized education. This leads to a game of chance – spinning a wooden spoon – to decide who will get this golden opportunity and who will stay on the farm. The young son, Xi-Wa, wins ahead of his beloved older sister and is therefore sent on the long journey to the school. At first, Xi-Wa is unwilling to put the necessary efforts into his studies and matters are not helped when he sees one of his classmates drown in the flooded river he crosses every day. After a severe reprimand from his father he finally realises his potential as a scholar and etches out quite a reputation in the village. However, Xi-Wa’s older sister marries while he’s away at school and the ever-developing student finds that his loyalties are put to the test. This pressure is increased when his father has an accident that partially disables him and the earnest scholar now feels guilty about his time at a prestigious boarding school.

A delicate tale told with such heart-warming precision that its running time glides by unnoticed, ‘Going To School With My Father On My Back’ is exactly the kind of film that illustrates how valuable world cinema is. It’s success is in its development of the basic elements of the plot and an empathetic concentration on its characters; a formula that makes for engrossing viewing after only a few minutes. Director Chow Yau Chiu fills the film with carefully-sketched scenes where the pivotal characters are given ample time to breathe, therefore capturing the power inherent within the narrative.

If there is one weakness in this production that slightly hinders matters it is the lack of history of some characters; the background of the main family is not fleshed out as well as it could have been. Nonetheless, this has a hundred times more humanity than the so-called ‘earnest’ dramas that seem to sweep up so many awards worldwide. A perfect anathema to the big-budget blockbusters due to come out in the next few months – 4 1\2 stars if possible.