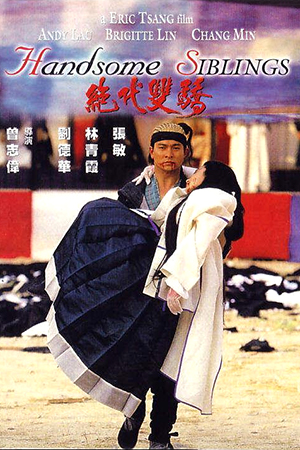 In the ‘Villains’ Valley’ resides the notorious ‘Ten Untouchable Villains’ who are well known throughout the land. Accused of stealing a fund set aside for famine victims, the ‘Ten Untouchable Villains’ are confronted by a powerful fighter (Cheung Man) and her entourage who has been assigned to bring them to justice. The alleged thieves are saved from certain death by the fighter’s husband who believes the Villains to be innocent. The ensuing battle sees the justice-seeker defeated and her husband left paralysed so the Villains decide to rear the child who has been left over by the couple as their own. When the young child grows into a tricky and cunning warrior (Lau), the adopted parents send him out to find the two members of the ‘Ten Untouchable Villains’ who actually did disappear with the riches. On his travels he meets a beautiful, but very powerful fighter Eve (Lin) and the two are drawn closer together with each encounter. However, little do they both know of their real identities and the subterfuge within the clans they have become embroiled in. The intrigue increases during a nationwide martial arts competition that will decide who will be given the chance to be the justice-giver of the land. Therefore the double-crosses come thick and fast as the hidden agendas of the numerous participants become clear.

‘Handsome Siblings’ doesn’t begin with much cohesion and matters get more and more convoluted by the end. What starts off as a comedy fantasy film with a certain degree of logic and humour quickly develops into a frustrating blend of woeful comedy and uninteresting plot twists. The two leads are watchable and adept throughout, but too much time is given to Ng Man Tat and Deanie Ip as the annoying sidekicks; both stars have certainly entertained in the past, but here they just appear in the storyline to add another in a endless line of bad taste jokes. Unfortunately, the more serious side of the plot is not much better and throws in the usual bizarre narrative turns with little reason. Director Eric Tsang showed with ‘Aces Go Places’ that a zany and illogical caper can be thoroughly entertaining, ‘Handsome Siblings’ , however, is too indecisive to achieve this. For all the definite weaknesses there are still a few good moments and clever action pieces; the expected fantasy action is fairly enjoyable and acts as a minor compensation for the other periods of annoyance. Above average production values help and a touch of style to the proceedings as does the all-star cast, but it still may not be enough to earn this a proper recommendation.