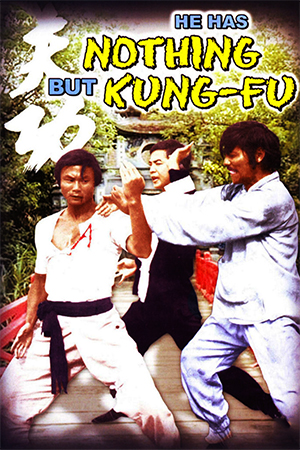 Wong Yu stars as Sha Shan, a crafty con-artist who uses his wiles to trick money out of the unsuspecting public while also avoiding those he enrages. One particular escapade sees him make a fool out of a local gang member who also loses a considerable amount of money in the process. Unfortunately this sets into motion a series of events which sees the shamed victim sending his vicious gang out to exact revenge and the wily young trickster with no option but to run away. During these events, he also meets a dazed amnesiac (Liu Chia-Hui) he proves himself to be a formidable fighter shortly afterwards and helps his new friend out in a few close escapes from the antagonists. The mystery man – who is actually Ka Yuen, the missing son of a wealthy Admiral – uses his exceptional fighting prowess for good, defeating the oppressive enemies while also dragging the hapless Sha Shan along on a mission to rob the evil to give to the poor.

A year before Liu Chia-Hui’s name would be forever linked with his portrayal of San Te in Liu Chia-Liang’s masterpiece ’36th Chamber Of Shaolin’, he starred in this enjoyable independent kung fu comedy. The first thing that fans will notice is his thick mop of black hair; it’s still unusual to see considering how many times he played a monk or priest. The film also features an intriguing, pre-‘Dirty Ho’ teaming of Liu Chia-Hui and Wong Yu and utilises the same interplay that the two actors enjoyed, albeit slightly rougher around the edges. The main strength of ‘He Has Nothing But Kung Fu’ is this partnership and its central placing in the narrative, though this does mean that other plot elements are less interesting as a result. Thankfully, director Lau Kar-Wing keeps the film’s pace moving along fairly briskly and, although there are the usual comic sequences, he doesn’t let things get too bogged down in the way a lesser director would have done.

The major disappointment, though, is some surprisingly lacklustre fight action. Considering that the choreography was orchestrated by the Liu brothers, the actual confrontations prove a little too mundane by their illustrious standards. ‘He Has Nothing But Kung Fu’ doesn’t feature any stand-out moments that are likely to be remembered beyond an initial viewing; it is, quite simply, a watchable diversion that doesn’t rank as one of the great independent kung fu films (as Ric Meyers claims on the cover) – in my opinion. Lau Kar-Wing’s ‘Odd Couple’ and ‘Fists And Guts’ are far stronger examples of a successful fusion between action and comedy. Nonetheless, this provides solid viewing for fans while the veterans will no doubt enjoy spotting the endless array of familiar faces in the background (including Chin Yuet-Sang, Lam Ching-Ying and Karl Maka).