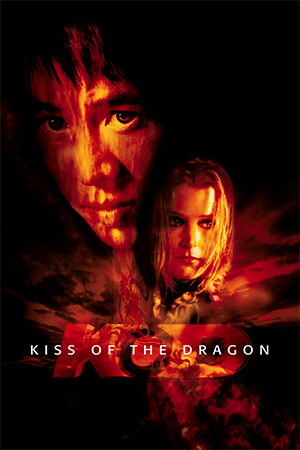 Jet Li’s follow up to the lacklustre ‘Romeo Must Die’ promised us a mixture of Luc Besson’s ‘Nikita’ and Jet’s finest hour (and a half) ‘Fist of Legend’. I almost laughed when I heard that claim, however, my expectations were still high.

There are many good things to come out of this film, with the amount of action being one. From start to finish there are a number of highly violent, stylish and competently choreographed fight sequences. ‘Fist of Legend’ they ain’t, but they jump over and above anything seen in previous American action films (barring ‘Drive’ and 1 scene in ‘The Matrix’), and they’re streets ahead of RMD and ‘Rush Hour’. On the downside, good choreography is not the be all and end all of a good fight scene. Camera positioning, editing and music all combine to create the scene, and this is where Hong Kong movies still reign supreme. For all Yuen Kwai and Jet’s efforts, it is the MTV-style editing and close-up camera-work which reduces your viewing pleasure. You end up feeling a little sea-sick, wishing the camera man would stand still and the editor would put his scissors away.

The movie has a nice feel to it, with larger than life characters and great scenery. Jet is more assured in his quiet and moody mode, more reminiscent of his Lethal Weapon 4 role than RMD’s almost schizophrenic bad guy/good guy. Bridget Fonda is nowhere near as annoying as some people have made out, while Burt Kwouk is always entertaining. It also had me laughing out loud at one point when Jet is approached in a Bar with the phrase: “Men’s toilets. Now!”

A lad’s with lager film, but one that doesn’t fail in it’s objective: Jet Li kicks ass…violently…and lots of it. I’m still waiting for another ‘Fist of Legend’ and fear I always will be. One request to American producers: can we have Jet Li and Yuen Woo Ping working on one film? Please?