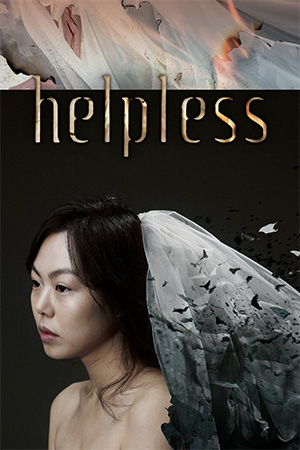 Moon Ho is driving south to see his parents and announce his upcoming marriage to fiancé Sun Young, also on the journey. After taking a brief stop at a service station, the future husband is distressed to find that Sun Young has disappeared with no clue as to how or why she has gone. Moon finds the police unable to help and when he discovers that his fiancé is not the person he thought she was all trace of her seems to be erased.

Unwilling to give up so easily though, Moon Ho gets in contact with his cousin, a former police officer struggling to find work after being fired for taking a bribe, and together they gradually piece together what happened to the Sun Young. As events unfold, Moon Ho discovers how little he really knew about his girlfriend.

‘Helpless’ starts in the way it is expected to: playful dialogue between lovers before the disappearance of the female protagonist gets the narrative ball rolling. Many films have exploited this initial concept with ease and have tightened the vice accordingly only to discover that the real skill is displayed when the mystery has to be solved. Unlike many lesser thrillers that have hooked the viewer with a slick opening only to lose them to overwhelming apathy as the story progresses, ‘Helpless’ is engrossing right up until the closing credits, a feat that should be mentioned first.

Building patiently, intelligently and with full respect for the audience’s attention span – and this is a film where missing just a few minutes through external distraction is fatal – ‘Helpless’ takes its time approaching the answers to the puzzle, but never does the audience feel as if they are going through the motions just to reach the denouement. Credit must go to director/writer Byun Young-Joo (based on the book by Miyuki Miyabe) for getting us to invest enough in the characters to go on their journey with them.

Though ‘Helpless’ features characters that are genre staples (Lee Sun-Kyun is the innocent hero thrust into a dark, disturbing world while Cho Seong-Ha is the disgraced ‘rough diamond’ looking for redemption) the acting has enough of an edge to divert attention away from clichés. A fine thriller, a solid drama and two hours of quality entertainment.