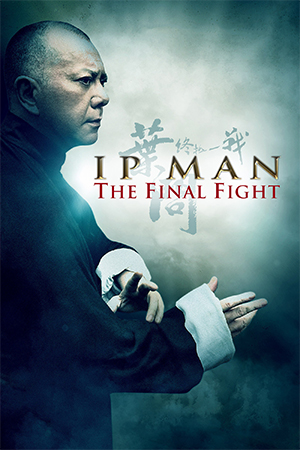 Herman Yau and producer Checkley Sin gave viewers ‘The Legend Is Born – Ip Man’ just three years ago, an entertaining addition to the canon of films about the Wing Chun master. Having detailed his earlier life in the aforementioned film – and with a third ‘official’ ‘Ip Man’ film in development purgatory – it seems fitting that Yau should chronicle the last years of the master’s life.

Anthony Wong takes over the role as humble Wing Chun expert Ip Man who has just settled in Hong Kong and begun to make a name for himself. His school has a small, but dedicated class of students including beloved disciple Leung Seung, a local policeman (Jordan Chan) and a factory worker to name a few. Meanwhile Hong Kong is about to go through a number of social changes as workers’ rights come to the fore and local protection rackets begin to take advantage of the vacuum created by police absence. Ip finds himself struggling to free himself from the political rumblings that are shaking the city and the ageing teacher is forced to fight for those around him.

It was certainly a surprise to see Anthony Wong take the role of the kung-fu hero du jour – he is a superb actor, but has never given an indication that he could cut the mustard as a screen fighter. And yet it says much for the dedication of Wong (who learned Wing Chun for the role), the choreographic team and the direction of Yau that this never threatens to become a distraction. Wing Chun is one of the easiers style to make look convincing on the big screen – it doesn’t have flashy high-kicks or ornate movements – though the fact that Wong comes across with the authority is credit to all involved. We might not be treated to the kind of one-on-one confrontations seen in Wilson Yip’s two ‘Ip Man’ films, but when the action appears it’s unlikely to disappoint anyone, but the staunchest purist.

‘Ip Man: The Final Fight’ has an ace up its sleeve in its use of Ip Man’s real-life son Ip Chun as consultant. His injection of anecdotes gives the film some authenticity despite claims that this might be a film cashing in on the current craze. As the film relies heavily on these anecdotes it does some as if characters flit into the story in desperate need of some background and development. Yau’s effort is also unable to call on the great backdrops of history previous Ip Man films did though the scenes of early 60s Hong Kong are skilfully evocative and give an intriguing juxtaposition of the old traditionalist surrounded by a city hurtling towards the future.

It doesn’t have the epic cinematic scope of ‘Ip Man’, nor does it try to compete with the heavily stylised version of events found in Wong Kar-Wai’s ‘The Grandmaster’, yet Herman Yau’s conclusion to the story deserves its place among its contemporaries. And any film with Anthony Wong giving his all is well worth adding to your collection.