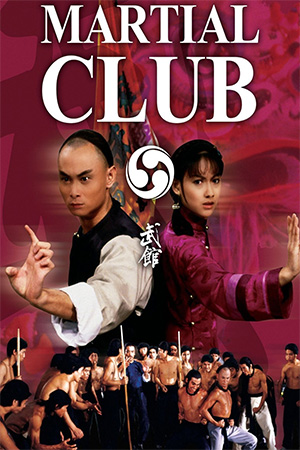 Liu Chia-Liang adds another interpretation of Chinese folk-hero Wong Fei Hung to the already bursting Hong Kong cinematic pantheon. The veteran director manages to blend a number of facets to the main character that bridge the gap between the representations in ‘Drunken Master’ and, later, ‘Once Upon A Time In China’. Returning to the role he played in ‘Challenge Of The Masters’ (also directed by Liu Chia-Liang), Liu Chia-Hui plays the aforementioned Wong Fei Hung who, at the film’s opening, is already carving out a fine reputation in Canton. His father, Wong Kei Ying, happily presides over a local school in co-operation with the equally righteous Chan school and appears a pleasant equilibrium in the town. This union infuriates the devious Lu school who spend their time trying to discredit their rivals and bring down Wong Kei-Ying’s reputation. Hot-headed Wong Fei Hung fights back against all of these plans and finds himself at odds with the Lu school and also his authoritative father who preaches a more Confucian way of dealing with the problems. Seeing Wong Fei Hung as a major threat to their thoughts of domination, the Lu school invite a Northern kung fu stylist to fight for them and rid them once and for all of Wong Fei Hung’s meddling. What follows is a classic confrontation that has rightfully taking its place in the Hong Kong film archives as Wong and his new opponent fight through a maze-like and gradually narrowing alleyway that tests their skills to the limit.

This fine period film flawlessly combines the dazzling choreography that one expects from Liu Chia-Liang and the moral edge that often underlines his work. One notable touch is the inclusion of Wang Lung Wei as the Northern stylist who, after defeat by Wong Fei Hung in the film’s exceptional finale, leaves as a wiser and certainly more honourable man. Rarely was Wang Lung Wei given such a chance to shine on a character level and he adds a real spark to this already accomplished Shaw Brothers production. Credit for this must go to Liu Chia-Liang who was always more than just an average director; his efforts to break boundaries within the kung fu genre – including this films, ’36th Chamber of Shaolin’ and ‘Heroes Of The East’ to mention just a few – have not gone unnoticed by film historians of the past and probably will gain even more respect as Hong Kong film’s undergo their current appraisal. Liang’s half brother, Liu Chia-Hui, makes a fine Wong Fei Hung as he mixes the fighting skills associated with the hero with his own unique charm. ‘Martial Club’ is a film that has long been held in high regard among veteran Hong Kong film fans and deserves the widest possible audience; if you’ve yet to sample Shaw Brothers’ cinematic excellence, this film is a good starting point to a whole new world of the Jade Screen.