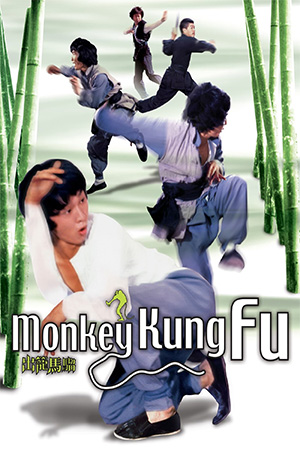 Ching Siu Tung rightfully deserves commendation for his major contribution to Hong Kong cinema. His significant work as a director has provided Eastern film-making with some of its most popular works while his choreographic skills continue to inspire today. As with the equally important Yuen Tak, Ching Siu Tung also had a very brief opportunity as a leading man. Yuen Tak proved that he was equally adept in front of the camera with ‘3 Evil Masters’ whereas Ching showed his talents in the enjoyable Casanova Wong vehicle ‘Master Strikes’ and in this Shaw Brothers’ production.

Following a fight that he sees him administer ‘justice’, an arrogant and self-righteous young man is captured by the police and sent to prison. This new environment does little to temper his cocky self-confidence and he quickly throws his weight around the cells. When he oversteps the mark and sits on a chair exclusively owned by a fearsome prisoner, the youngster is given a thorough beating and left nursing his wounds. The victor of the fight, however, is about to be executed and decides to trust the stubborn newcomer with his most valuable possession: one half of a medallion that, when reunited with the missing part, directs its owner to a hidden secret. After the execution a new inmate arrives in the prison and takes an interest in this unusual inheritance. During a dispute with the guards, both the egotistical fighter and the prison’s latest arrival team up to fend them off and manage to escape in the process. The two agree to go their separate ways and never meet again, though this understanding is broken when the medallion-owner needs help in a fight. As their paths constantly cross, both men learn more and more about each other. This mutual respect comes in useful when a quartet of formidable combatants come looking for the half-medallion and aim to crush anyone who gets in their way.

There have been a few superb films that have featured the monkey kung fu style, most notably the Liu Chia Liang classic ‘Mad Monkey Kung Fu’ and the excellent Yuen Biao tour-de-force ‘Knockabout’. ‘Monkey Kung Fu’ deserves a place among such illustrious company and proves to be another nugget of gold from the Shaw Brothers’ archives. The most intriguing element of the film is Ching Siu Tung’s role as the leading man and thankfully this injects ‘Monkey Kung Fu’ with far more than just novelty value. Physically impressive, acrobatic and comfortable as the main ‘hero’, Ching Siu Tung shines throughout this minor classic. The many fight scenes are ample evidence of his exceptional abilities and his performance provides a potentially unpleasant character with a small amount of sympathy. Director Lo Mar uses most of the talented cast that featured in ‘Five Superfighters’ and if anything this is even more spectacular in the action department. From the chair fight in the opening ten minutes to the battle between the two monkey kung fu heroes and the main antagonist, ‘Monkey Kung Fu’ is packed with invention and excitement. Two minor niggles are present within the film though, but they hardly erode such a polished effort. Firstly, Ching Siu Tung’s role is often cowardly and quite hard to warm to even if the actor does everything in his power to change this. Incredibly, ‘Monkey Kung Fu’ also suffers from having too much action – not a complaint normally levelled at the genre. However, this is a production that prides itself on quality rather than quantity and so some of the fights are somewhat pointless; Ching Siu Tung’s clash with a kung fu school and a few others are needlessly shoe-horned in when Lo Mar would have been better advised using the time to develop the characters. Aside from these, the bottom line is that ‘Monkey Kung Fu’ is a highly recommended gem with a cast that doesn’t feature the genres big names, but still outshines many better known films.