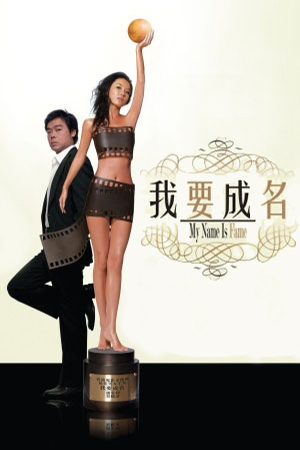 For those of us who have bemoaned the demise of Lau Ching Wan as a serious actor, ‘My Name Is Fame’ may seem like a documentary about the star such is the similarity of the plight between the character and actor playing him. After making a splash in the mid-90s with a number of important dramas and blockbuster hits, Lau has recently seen fit to churn out performances in a series of woeful comedies. Even when the odd gem like ‘Fantasia’ emerges from the rubbish heap, the renowned star then reverts back to films like ‘Himalaya Singh’ to destroy any optimism that had been accrued. Apart from a few differences in the manner of descent, the lead character Poon Ka-Fai almost appears to be a thinly-veiled swipe at Lau himself.

After winning praise and acclaim in the shape of the ‘Most Promising Newcomer’ award at the Hong Kong Film Awards, thespian Poon Ka-Fai finds his career faltering and the opportunities for meaningful work drying up. As the intense actor finds himself earning a reputation as being someone ‘difficult’, the roles ebb away and the quality of the films he does appear in is noticeably lacking. The phone stops ringing with offers, but Poon finds himself the reluctant idol of a wannabe actress, Faye, newly arrived from China. The misanthropic thespian unleashes his usual tirade towards his fawning fan, yet she continues to look to him for advice as to how to become a star. As circumstances force Poon and Faye together the former begins to thaw and develop affection for his young charge. Poon now takes on the role of her agent, navigating her through all the trappings of the movie world and teaching her the nuances of the craft.

The memory of the last good Lau Ching Wan still flickered faintly in the mind and now ‘My Name Is Fame’ has arrived to remind us of exactly what the actor is capable of. It may not see him return to the status he enjoyed post-‘C’est La Vie Mon Cherie’, but at the very least this is a comic-drama that has some obvious care and attention lavished upon it. The intentions of the film-makers is not just to churn out a feature to fill theatres for the sake of it – there is actually the desire to tell a story and rely on the skills of the actors to bring these ideas to life. Such seemingly modest ambitions still elevate significantly above the past few Lau Ching Wan vehicles.

Lawrence Lau shows a care for the central dynamic of the story and therefore veers the focus away from a satire of Hong Kong film industry and onto something more intimate. In so doing, Lau displays the same interest for the minutiae as he does for the glitz of the entertainment world, bringing the theme a little closer to the majority of viewers. There are still some insightful digs at the film industry and Lau Ching Wan himself, yet ‘My Name Is Fame’ succeeds because there is some realism behind its humour. That’s not to say Lawrence Lau is completely in control of the proceedings – he still meanders down a narrative cul-de-sac occasionally, but tendency is never as distracting as it was in films like ‘Gimme Gimme’. He also takes the predictable route of using a romantic sub-plot halfway through when simple friendship between the leads appears more affective, though my few niggles with the direction hardly constitute a reason to avoid this otherwise engrossing film.

‘My Name Is Fame’ is essentially a platform for Lau Ching Wan and the actor makes full use of this opportunity. Lau the seasoned performer returns to the screen with the aptitude for gritty charisma and weary melancholy many of us had feared were consigned to history. Almost like an Asian Walter Matthau, Lau Ching Wan grumbles his way through the first half of the film before his redemption begins to take place. His confidence with the multi-faceted character he’s entrusted with is due cause for optimism regarding Lau Ching Wan’s future roles. Huo Siyan’s performance gets better as the film develops and provides her co-star with someone to spark off, though no-one who has sat patiently through Lau Ching Wan’s recent horrors will begrudge him taking the lion’s share of the praise for the production’s success.