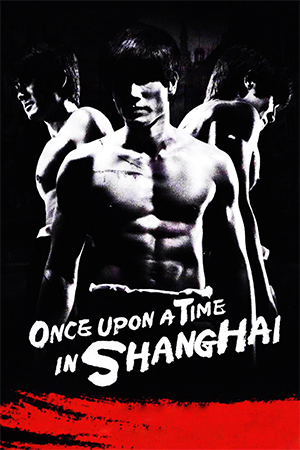 Naive country lad Ma Wing Jing arrives in the bedlam of 1920s Shanghai with the hope of making an honest living. Taken under the wing of local benefactor and former gangster Iron Leader (Sammo Hung) who looks a community of the city’s waifs and strays, Ma and his friends try to earn just enough to stay above the poverty line though find this practically impossible.

Ma has a remarkable skill, however, and when he and his fellows are bullied by thugs, he unleashes his fighting abilities and leaves observers in awe. Though Ma has sworn to his mother that he will seek a life of peace in Shanghai after an altercation in his home town, the young stranger is suddenly thrust into the intrigues of the city’s underworld. Upstart gangster Long Qi – a man who started as a low-level henchman himself – is taking over the territory from the four elderly godfathers who have carved it up between them for years and forms a friendship with Ma based on their kung-fu skills and modest origins. Though Ma vows to be a man of peace, events conspire to push him and his friends to breaking point.

‘Once Upon A Time In Shanghai’ calls on plenty of inspiration (or plunders the greats depending on your opinion) to tell its story, operating as a remake of ‘Boxer From Shantung’ with healthy doses of ‘The Big Boss’ and many others thrown in for good measure. It’s always easy to dismiss modern remakes especially if the viewer has a fondness for the original material, yet ‘Once Upon A Time In Shanghai’ deserves praise and appreciation on its own merits. It may not live forever in the memory, but it has an action-packed swagger that’s hard to dislike.

Such is the reverence for the past greats that director Wong Ching Po even incorporates some of the Jade Screen’s legends into the cast with Sammo Hung, Yuen Chung Yan, Fong Hak Onn and even the Boxer From Shangtung himself, Chen Kwan Tai, all being afforded meaty roles. It’s not just a sentimental touch either as each of these – especially Sammo – brings a gravitas to their role that less experienced faces could never hope to match. The young stars do contribute well though and the friendship between Philip Ng and Andy On gives the finale a fine dramatic impetus.

The problems arise for ‘Once Upon A Time In Shanghai’ when it tries to juggle too many elements though. It could have operated as a solid story of redemption for the hero quite adequately, but the character of Ma is never fleshed out sufficiently for this to be the case. Too many sub-plots are vying for centre stage for anything to shine through with everything from romantic interest, class war, Japanese imperialism and political intrigue all thrown into 90 minutes with no room to breathe. This makes for a breathless and unsatisfying spectacle that could have been far stronger with a proper focus – something that Chang Cheh understood when directing ‘Boxer From Shantung’. In this day and age you also cannot have a strong moral theme without being accused of being ‘preachy’ so another aspect so expertly utilised by Chang Cheh withers away.

It could have been better, that is fair to say, but Wong Ching Po has still fashioned a tidy action film. His stylistic touches give things a sweep of modernity and the decision to use a monochrome look works surprisingly well. The master stroke is of course the incorporation of Yuen Woo Ping as fight choreographer and he serves up some of the best fisticuffs of recent years. Even the veterans look as good as they have ever done under the tutelage of this great man. ‘Once Upon A Time In Shanghai’ is therefore a popcorn flick that is well worth your time despite its weaknesses.