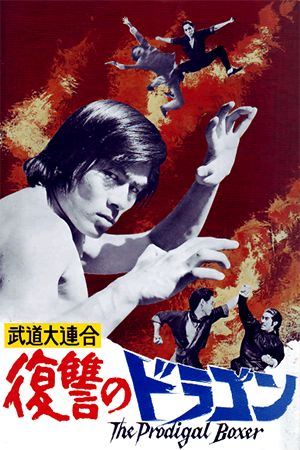 The story of heroic patriot Fong Sai Yuk has been told many times and from a multitude of different angles. Famously played by Fu Sheng and Jet Li, Sai Yuk has always been a character with immense appeal. Here, ‘Five Shaolin Masters’ star Mang Fei (looking very young) takes on the formidable task of portraying the popular kung fu hero.

An altercation with a local rival deteriorates into a wide-scale fight for Fong Sai Yuk and one that is hardly worthy of his noteworthy talents. The brawl ends with Sai Yuk’s opponent severely beaten and, after a time, he dies. The wealthy father of the deceased man immediately puts the blame on the shoulders of the young fighter and decides to enlist the help of two evil kung-fu masters to gain revenge for him. These two have their own scores to settle with Sai Yuk and his family after their constant meddling in the unrighteous affairs of the pair has scuppered their plans more than once. While their young target is in town defending the honour of a young woman, the masters attack Sai Yuk’s family, killing his father and wounding his mother. When he returns home and witnesses the devastation his actions have caused, the hot-headed youngster decides to throw himself into his own sense of retribution. Thankfully his mother intervenes and persuades him to sharpen his skills for the inevitable showdown. However, the two tyrants are still eager to execute their original target and therefore begin to search the surrounding area for Sai Yuk. After a few bruising encounters which see him barely escape with his life, Fong Sai Yuk decides to train with his mother in earnest and finally achieve his emotional goal.

As was previously said, there have been quite a few variations on the Fong Sai Yuk story and a few genuine classics that have added their own qualities to the tale. Chang Cheh’s ‘Men From The Monastery’ was a masterfully told version that highlighted Fu Sheng’s exceptional ability to mix combat with drama in such a powerful way. Then came the Jet Li/Yuen Kwai masterpiece ‘Fong Sai Yuk’ which featured sharp comedy, first-rate performances and sublime fight action. ‘Prodigal Boxer’, while not equal to either of these, has much to admire and certainly proves to be an above average feature. Firstly, Mang Fei gives one of the most impressive performances of his career, easily coping with the complex emotions that Fong Sai Yuk has to display here. Added to his success is a cast of superior actors who lift the film to the next level. Noteworthy among the cast is Shoji Kurata – someone who deserves much more respect as an actor than he actually gets. Naturally his fighting skills are superb, but Kurata also gives his character such menace and resonance.

Strangely, the fight action is one of the weaker elements here. By no means unexciting, the choreography still lacks a stylish edge and tends to appear archaic at times. This is compensated by director Chai Ying Min’s brave concentration on the various relationships of the story. The move is a resounding hit as ‘Prodigal Boxer’ has depth and action aplenty. Sai Yuk’s chemistry with his mother and the delightful love interest means that this is much more than a mindless fight fest. ‘Prodigal Boxer’ has faults, but it has many strengths; it is these that lift this to a four star rating.