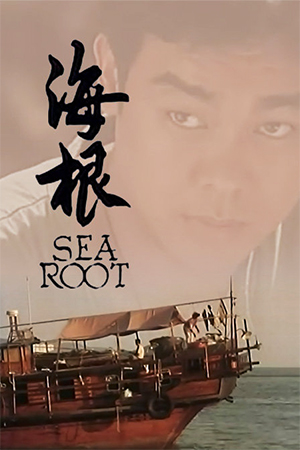 Root (Lau Ching-Wan) is the humble and hard-working son of a boat family who earn their living through the fishing trade. The quiet worker is content to stay on the boat and immerse himself in his work and the distant world of old television programmes. When Root’s disabled mother cannot cope any longer with her workload, the fisherman and his cousin Big Clam are sent to China to buy a woman who can help out on the boat. There they encounter a vivacious and excited woman named Lotus who eagerly volunteers herself for the trip back to Hong Kong so that she can live the life she had always dreamed of. Lotus’ dreams are unsurprisingly shattered when the glamour she expects is replaced with the harsh realities of her work. However, as time passes she finds herself forming a friendship with the constantly bullied Root and slowly draws him out of his shell. Lotus also begins to see that although her own visions of Hong Kong life were very different from the truth, Root’s own reality is painfully fragile. It therefore becomes her goal to help him beat his insecurities and fully develop as an individual.

For a film industry that is mainly known for its eye-popping, trend-setting action, Hong Kong also continues to produce thoughtful, subtle film-making as well. The exploration by many local directors of the introverted, yet good-hearted characters that few other cinematic industries spend much time focusing on is again brought out in this very encouraging production. As with other films such as ‘Anna Magdalena’, ‘Lost And Found’ and ‘Sealed With A Kiss’, ‘Sea Root’ is engrossing due to its simplicity and the hidden warmth of its main characters. Without falling back on the all-too-easy stylistic tricks that some directors utilise, the directorial team known as ‘Art Concept Creative Group’ lets the story run its course in a pleasantly gentle manner. However undemanding this may seem though, ‘Sea Root’ still has deeper issues to bring to light for those who care to look for them.

Lau Ching-Wan is simply stunning in the role of Root, putting so much delicate charm and humility in his part that it’s impossible for the viewer not to empathise with him. This is another superb addition to Lau’s ever-growing list of impressive performances and just on this strength alone this is a firm cinematic recommendation. Coupled with him is Alice Lau who really gives one of the best efforts in her career as the perky Lotus. Both stars are reason enough to watch.

‘Sea Root’ is not without its flaws; the pace of change near the end is out of keeping with the opening hour which means that some of the qualities are dulled. The film also suffers from the over-use of some awkwardly placed Canto-pop that is too distracting from the powerful actors on display. Thankfully this is not too prevalent though and there is still so much to enjoy here.