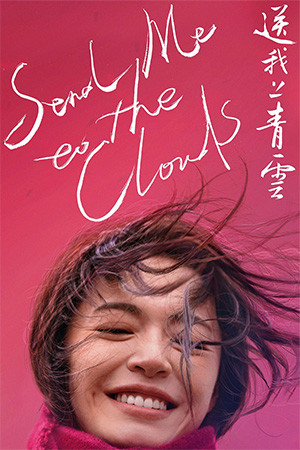 The life of driven journalist Sheng Nan is turned upside down when she is diagnosed with ovarian cancer. The few friends she has advise her to throw herself into hedonism before getting the life-changing treatment, but Sheng, ever the fighter, decides to write one last piece to fund her operation. Taking on the biography of a businessman, Sheng hikes up to the mountains and while the subject of her work proves to be an odious annoyance, the ethereal setting helps her escape her problems. Inevitably though, Sheng has to eventually confront her demons and examine where her life veered so disappointingly off course.

‘Send Me To The Clouds’ came to me with the rapturous acclaim of The LA Times and Variety affixed to it. That might have meant something ten years ago, but I struggle to get excited by anything the critics say these days. Is that a bit of cognitive dissonance from a no-name hack like me? Perhaps. But it feels as if anything that is lauded so passionately by the established set is bound to disappoint at the very least. Make no mistake, ‘Send Me To The Clouds’ is a film that often impresses with its style and intention. Nevertheless it ultimately feels like a missed opportunity masquerading as something significant.

The two most striking things about ‘Send Me To The Clouds’ are the photography and the performance of actress Yao Chen. The former gives the landscape an ethereal, dreamy quality that acts as the perfect counterpoint to the harsh, abrasive city scenes. This is an obvious piece of symbolism, but quite effective and is the reminder of the vastness of China both physically and culturally. Yao Chen is the motor that drives the story onwards, giving a surprisingly bland character a bit more of a purpose. Sheng Nan is a strangely written character, someone who is only really sympathetic because the others around her are so utterly devoid of heart. Thankfully Yao Chen is equipped with the talent to make the deficiencies of her part less of a distraction.

‘Send Me To The Clouds’ is never fully convincing as a study of gender politics (perhaps thankfully as this is becoming a particularly lazy and over-played hand in cinema at the moment), a drama about terminal illness or a critique of the heartlessness of success-hungry modern China. What it is, though, is a film with some nascent promise featuring an excellent lead performance.