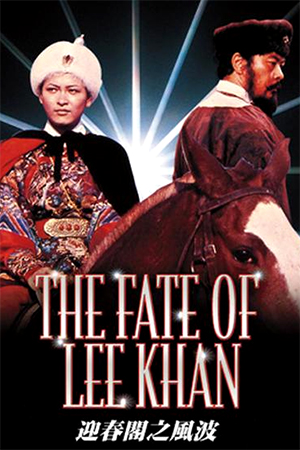 Many reviewers (myself included) try to link Hong Kong/Taiwan’s great martial arts directors to foreign contemporaries in order to put their work into some kind of context.  Liu Chia Liang’s work is compared to the care and craft of Kurosawa, Chang Cheh’s ability to produce grand statements within the studio system recall John Ford, etc… To find a suitable comparison for legendary genre film-maker King Hu is a trickier proposition. Though his work rarely houses anything extraordinary in terms of choreography, his ability to formulate ornate storylines from simple premises – while making sure they are nothing short of absorbing – means his work is justifiably considered to be near the pinnacle of the genre. His attention to atmosphere and use of the environment to create it has a hint of Sergio Leone to it, while his ability to squeeze tension from claustrophobic settings is a reminder of John Ford mixed with Hitchcock. However, before I lose sight of the fact that this is meant to be a review of ‘The Fate Of Lee Khan’ rather than an essay on King Hu, I’ll move swiftly on and leave the deeper analysis to   another time…

The inn of closet revolutionary Wendy houses a motley crew of bandits, scholars and plotters. Among them are four beautiful waitresses hired by Wendy for the visit of heinous official Lee Khan who is expected to pass through the desert any day soon, while a fellow inn-keeper also throws his support behind a potential assassination plot and the bid to get a vital military map. As Lee Khan has a ferocious band of warriors accompanying him wherever he goes, the revolutionary movement also sends two of their best men to the inn to support the rebels – one poses as the inn’s accountant while the other is a intrusive troubadour. However, word gets out that Lee Khan suspects that a stratagem is being devised and decides to send out his own spies to investigate the inn. As each new character who arrives at the inn arouses interest, Wendy and her supporters try to uncover the motives of each new guest. The major surprise comes when Lee Khan himself arrives though and has no intention of letting his reluctant hosts know who he suspects.

Similar in story and tone to ‘Dragon Inn’, ‘The Fate Of Lee Khan’ is a masterclass in getting the maximum from every aspect of production. King Hu takes a cast of actors and actresses who normally take supporting roles and thrusts them into the limelight, directing them all with such confidence that a few of them give career-best performances. Foremost among them is ‘The Big Boss’ heavy Han Ying Chieh who flourishes in his unusual role. Han is finally given the chance to play a hero and is allowed to incorporate a few eccentricities that make him memorable. Meanwhile Angela Mao is cast as a vulnerable heroine rather than the superwoman she often portrayed and Roy Chiao is suitably multi-layered as the undercover revolutionary.

If ‘The Fate Of Lee Khan’ has a major weakness it is the first half of its duration. While the first twenty minutes are the expected exposition, the following twenty unfortunately get lost in a repetitive slew of bandits and suspicious characters. Even though ‘A Touch Of Zen’ is double the length of this feature, it never drags as awkwardly as ‘The Fate Of Lee Khan’s second quarter. Time is wasted on incidental brawls and the usual inn fights that crop up in even the shabbiest of kung-fu films – somehow a little more is expected of King Hu’s work. Though this is intended to create tension, it has the opposite effect. The choreography is only average to begin with, but, as with the rest of the film, it gets better in the second half.

Fortunately, ‘The Fate Of Lee Khan’ moves up a couple of gears in its second half and cements King Hu’s reputation as a genre stalwart. When Lee Khan arrives (played superbly by Tien Fong) the film turns into a triumph of tension and suspense. Hu plays masterfully with the characters motives and agendas and pits the two sides against each other in a highly secretive battle of wits in the inn. When the action does move outside, Hu once again utilises the environment and uses it to serve as a grand contrast to the confines of the inn.

King Hu was responsible for ‘Come Drink With Me’ and ‘A Touch Of Zen’, two films that continue to enthral to this very day. ‘The Fate Of Lee Khan’ is not illustrious enough to share their glory, but has some great moments in its favour. Despite a slow and at times wearisome first half of the film, it eventually blossoms into a distinguished genre work that is recommended to any fan of the Jade Screen.