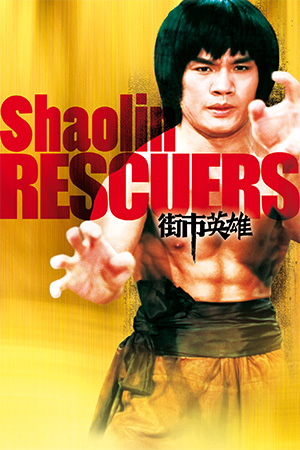 The Venoms return to the narrative catalyst that fuelled a good portion of kung-fu films at the time: the destruction of the Shaolin Temple and the fightback by various rebels. Those expecting ‘Men From The Monastery’, however, will be surprised to learn that this is one of Chang Cheh’s most light-hearted efforts. Having said that, it still has the raw edge and crackerjack choreography that fans will demand from the much-loved Venoms crew.

The opening features a very Spartan re-enactment of the Shaolin destruction with Pak Mei and his various disciples tearing through the rebels. One such disciple (Lu Feng) is then sent out to find the location of Hung Hsi Kwan (Pai Piao) and end the uprising once and for all. Meanwhile in a peaceful corner of China, two friends (Philip Kwok and Lo Meng) occupy their time with kung-fu practice and avoiding their respective work. These capable fighters long to be involved in the heroism and excitement of the martial world, but are instead caught up in the boredom of every day life. After stepping in to break up a fight in the marketplace, the duo befriend an introverted kung-fu student (Chien) who joins them in their avid training. Into these innocent lives comes an injured Hung Hsi Kwan looking for a loyal ally (Sheng). When his wounds become too extensive for him to continue, the newly-formed trio of self-proclaimed heroes vows to look after him and get the medicine he needs to recover. This simple proposition is given a dangerous spin when Hung’s hunter discovers his location and assembles his private warriors in a bid to force him out. Now besieged by the powerful enemy, the three friends, alongside Hung and his loyal ally, have the chance to live up to the heroism they’ve often dreamed of.

Although an above average kung-fu flick (as you’d expect from Chang Cheh) this is one of the weakest of the Venoms films. Much of the reason for this is the lack of a well-developed framework on which to hang the action. The best Venoms films had always contained an enticing storyline that sucked the viewer into the eventual action. Here the early part of the narrative is taken up with playful battles between Philip Kwok and Lo Meng; enjoyable if used once, but here it’s a case of overkill. Therefore the two plot-lines (the duo’s misadventures and the hunt for Hung Hsi Kwan) run along independent of each other without truly mixing. When the two strands are combined ‘Shaolin Rescuers’ is at its best. Things start off slowly, but the pace improves considerably beyond the hour mark and then the patient viewer is treated to a choreographic masterclass during the finale. This incredible endurance clash is also the only real chance to see Chiang Sheng – who is woefully underused – and Sun Chien shine. More exposure for these two would have been very welcome.

‘Shaolin Rescuers’ does manage to display Chang Cheh’s ability to squeeze depth out of the most widely seen and clichéd narratives. The characters, while not comparable to the ones carefully etched in ‘Killer Army’ or ‘Invincible Shaolin’, are interesting and easy to empathise with. In any other film, Lo Meng’s boisterous performance would be the major acting highlight – even eclipsing the outstanding Philip Kwok. However, this production belongs to the irrepressible Lu Feng who rarely breaks into a sweat until his mammoth fight at the end. Then audiences are treated to the sight of Feng fending off the other Venoms with mesmeric skill. Using a quite incredible spear, the cult villain is in a class of his own as he spins, flips and attacks with the monster weapon. This isn’t the best that Chang Cheh has to offer, but moments like this make ‘Shaolin Rescuers’ an enjoyable outing for the Venoms.