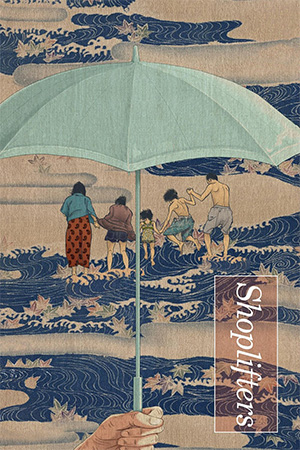 Occasional day labourer and five-finger discount veteran Osamu visits shops in Japan and, with the help of adopted son Shota, steals the things his family needs. On one such outing, Osamu sees a scared young girl on the side of the street and, as darkness closes in, decides to take her home to give her something to eat. Though the wife and grand-mother that live with him in a crowded apartment try to dissuade him, Osamu lets her stay after seeing how disinterested her actual parents are about her returning. Introducing her to the family’s unorthodox means of employment, Osamu and Shota take the girl under their wing and the unusual family structure seems to be working. Yet not everything is as it seems in the Osamu household and when the authorities begin to look into the disappearance of the girl, the family’s secrets come under threat.

Few modern Japanese film-makers have quite the same ability to shine a light of local society the way that Hirokazu Koreeda can. From early triumph ‘Nobody Knows’ to recent masterpiece ‘Our Little Sister’, Koreeda examines the Japanese family – what constitutes it and the way the dynamic work. Like Ozu before him, Koreeda uses a familiar framework to tell a variety of different stories based on family life and human interaction and like the Japanese auteur he is often compared to, he weaves such a wonderful tapestry of story and character.

A director focusing on a perceived underclass is nothing new; film-makers have, with varying success, tried to look at those in society who do not have a voice. While some lesser creators have turned this into empty virtue signalling (even before the phrase was coined), directors like Koreeda can look at the problems from different angles. ‘Shoplifters’ can be seen as a social commentary, but it is never heavy-handed or in danger of becoming empty rhetoric. In fact the protagonists in this film – especially lead character Osamu – are far from just virginal innocents who are ignored by a cruel society. As the film progresses, a few chinks are seen in the perfect surrogate family and Koreeda doesn’t try to make the characters some kind of picaresque Robin Hood figures.

As a work of cinema, ‘Shoplifters’ is as carefully considered, lovingly framed and beautifully measured as the very best the medium offers. Koreeda has evolved from a director of obvious intentions to one who can tell stories on a number of different levels. There are few film-makers in the world today who cause this reviewer to be quite so excited about a new film on the horizon. That said, in terms of the Koreeda canon, ‘Our Little Sister’ is still his most glorious achievement at the time of writing. Nevertheless, ‘Shoplifters’ is a work of cinema of enormous quality.