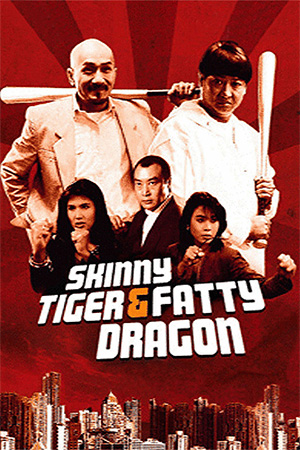 Another superb Sammo film which sees him team up with Karl Maka for more hijinks.  In a plot that borrows heavily from ‘Running Scared’ (which was excellent in it’s own right), Sammo and Karl play two cops on the trail of a drugs baron.  Unfortunately, during a confrontation with him, the two allow their fight to spill over into the restaurant where the chief of police is having a party. Having ruined the surroundings, our two heroes are persuaded to take a long break in the sun. While they are there, they realise there is more to life than chasing criminals and getting no credit for their hard work. When they return though, an attempt is made on their lives and a vital witness is killed. This forces them back into action with a plot to bring their enemy to justice.

The chemistry between Sammo and Karl is one of many key components in this highly recommended film. Their interaction and playful way of bringing down the villain is very enjoyable. The comedy is sharp, but as with many Sammo films, it is the action that truly ignites the screen. His prowess with nunchukas is second only to Bruce Lee himself and his impersonation of the Hong Kong legend is top-notch as well!