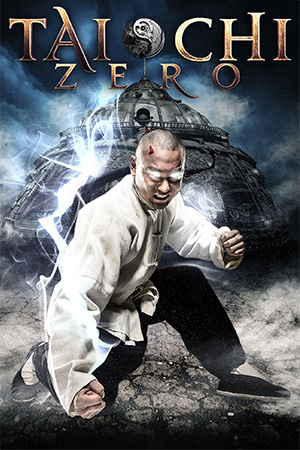 Emerging director (and established star of course) Stephen Fung helms his most ambitious project to date: a two part martial arts epic with a cast of fresh new stars like Eddie Peng and the almost ridiculously pretty Angelababy and a healthy reverence for the genre itself. This is then with a style that calls on Steampunk imagery and concepts, nods to the colourful madness of video games and 21st century youth culture. Stephen Fung is determined to make things as challenging for himself as possible it would seem.

Yang Lu Chan, illegitimate son of a nobleman, is thrown into the street along with his mother after an altercation brings supposed shame on the father. Yang’s mother expires from wounds sustained from her cruel master’s punishments while the young boy is taken under the tutelage of a martial arts master who raises him to adulthood. Though he soon develops prodigious fighting ability (helped in no small part to an unusual ‘Devil’s Horn’ birthmark on his head that, when touched, sends him into a superhuman frenzy) he is warned by the local doctor that, if he is to survive his unusual ailment, he must earn the softer art of Tai Chi.

Travelling to the isolated Chen village, home to a secretive style of Tai Chi only taught to residents, Yang hopes to persuade the people to accept him as a student. Unfortunately the inhabitants of Chen are openly hostile about the intrusions of this naïve newcomer despite his best intentions. Encouragement is given to him through the adversities by a mysterious physician (Tony Leung Ka-Fai) who is always on hand to patch Yang up when he has received a pasting from feisty local girl Yuniang (Angelababy). While the villagers continue to refuse the stranger to their art, a much greater threat approaches as a railroad company looks to clear the area to lay a profitable track through.

‘Tai Chi Zero’ stars with an endearing homage to silent cinema as it traces the roots of our hero in a manner that has become revived thanks to the success of ‘The Artist’. In the space of just a few more minutes, it leaps stylistically from early 20th century cinema to hyperactive video games of the past decade, from computer effects battle scenes a la ‘300’ to Anime cut-scenes and then the broadest of comedies. It doesn’t take long to realise that this pop culture goulash might not be to everyone’s tastes.

Despite being as absurdly hyperactive as a coffee junkie with St. Vitus’ Dance, ‘Tai Chi Zero’ is fun and snappy for most of its running time. Wisely clocking in under 90 minutes – before motion sickness can attack the central nervous system of doddery old fools like me – Fung’s film has a vim and vigour that demands attention and is clearly the fruits of a director with a remarkable imagination to draw on. This stylistic schizophrenia may neuter the more serious moments, but it does ensure that even those with the shortest attention spans should find a great deal to enjoy. Add scenes of Sammo-choreographed action to the mix and, while it will not go down as a genre classic, it becomes a rather diverting oddity.