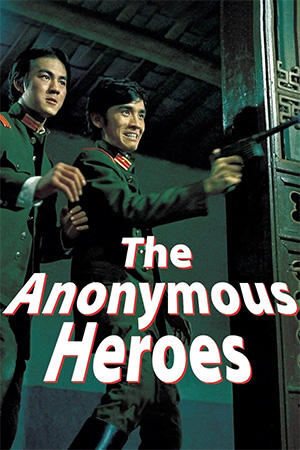 An early outing for the famed ‘Iron Triangle’ of Chang Cheh/David Chiang/Ti Lung is given the Celestial treatment with this impressive looking DVD. However, those expecting the kind of martial arts epics that are usually associated with this trinity may be somewhat surprised to learn that this is more of a period action film than anything else.

During the turbulent days at the beginning of the Chinese revolution, a secretive rebel leader, Wan (Ku Feng), arrives in town looking to recruit people to the cause. One of the first things he witnesses is the playfully arrogant swagger of local man Meng (Chiang) as he beats a couple of soldiers in a brief exchange of fisticuffs. Wan approaches Meng and asks for his help in a particularly testing mission: the audacious theft of a large consignment of rifles and ammunition that can then be transported to the rebels in the south. Meng is immediately keen on aiding this cause and happily agrees to the mission with no interest in financial gain. He also suggests employing his hot-headed, but no less politically impassioned brother Tieh (Lung) and young firebrand Pepper (Ching Li) whose father has access to a large fleet of trucks. After persuading the aforementioned allies to join the cause, Meng and his employer devise a plan to get the rifles out of the army barracks where they reside. The idea is eventually successful and the rifles are loaded onto trucks to be moved south to the intended rebel enclave. However, local General Chin begins to realise that someone has tricked him out of the rifle horde and sends his troops out to find those responsible, recovering the load in the process.

As was stated, ‘The Anonymous Heroes’ is a very different production from the more famous unions of the ‘Iron Triangle’ i.e. the newly-released ‘Blood Brothers’. The easiest way to understand this film is to compare it to some of action comedy Spaghetti Westerns, particularly the buddy flicks of Terence Hill and Bud Spencer. This, however, is by no means a bad thing; ‘The Anonymous Heroes’ is the kind of spectacular romp that has an infectious sense of enjoyment pouring off the screen. Much of the reason behind the film’s spark is the wonderful partnership of David Chiang and Ti Lung who, although starring in one of their earlier duets, play off each other sublimely. Watching their mastery of the material and their skill in making Meng and Tieh so appealing is a major reason why fans of Hong Kong cinema continue to remark on the halcyon days of the Shaw Brothers. On commending the exceptional double-act that remains the pillar of the film, it is important not to forget the additional players who add further levels of interest. Ching Li gives one of her best performances as the stubborn, yet appealing Pepper; the role acts as a fine indication of the versatility of this underrated actress – see ‘Blood Brothers’ to see a very different side to her.

There may well be those disappointed by ‘The Anonymous Heroes’ despite these numerous plaudits. It is not, as mentioned, the kind of martial arts classic that Chang Cheh tends to be linked to and therefore those expecting these kind of conventions may be somewhat disillusioned. A personal quibble I found with the film is the infrequent moment that dilutes the atmosphere; the way the two heroes fight their way through an entire, gun-toting army seems too over-the-top for comfort. Chang Cheh, however, was less interested in realism than he was in grand cinematic statements. Therefore the strong sense of honour and friendship that ends the film – and are two of the themes that make Chang Cheh’s best work so unique and endearing – compensates for any other shortcomings. A fine introduction to the work of one of the few auteurs in martial arts cinema.