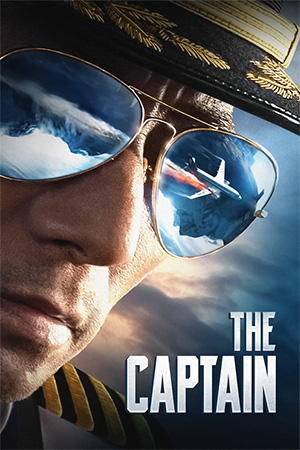 Few films have destroyed whole sub-genres the way the classic ‘Airplane!’ did. While the 70s were full of a particular kind of disaster film where the audience were introduced to a variety of different characters whose stories bubbled around before the event, ‘Airplane!’s extraordinary mockery effectively killed the ‘ensemble disaster film’. Chinese box office juggernaut ‘The Captain’ is a return to those old Airport films of the 70s, but with one crucial, potentially redemptive fact: it is based on the true story of the Sichuan Airlines Flight 8633.

Like many other days, experienced pilot Liu Changjian takes control of a standard flight leaving from Chongqing airport and arriving Lhasa. It seems unremarkable and it starts out this way with all of the crew fully in charge of the packed flight. During the ascent somewhere over Tibet though, the 8633 flight becomes a life and death struggle as the typically impervious windscreen develops a crack. This crack then turns into a full blown break with the co-pilot being sucked out of the plane and Liu having to hold on to his colleague while also handling the machine. As the cabin begins to depressurise, the passengers are thrown hither and thither by the movements and they are forced to use oxygen masks to breathe. Remarkably though, despite an impending crash, Liu and his team defy all of the odds and fly in icy conditions in the most perilous of circumstances.

Helmed by Andrew Lau, ‘The Captain’ has all of the director’s trademark love of slick style; the film is as polished as any of the Hollywood blockbusters it aspires to. Unfortunately, the criticisms of Lau being a proponent of style over substance are fully in evidence here too though. When coupled with a co-director who has the grit needed to rein in Lau’s excesses, great things can be accomplished – the ‘Infernal Affairs’ trilogy is a perfect example of this. ‘The Captain’, however, is Lau in his subtle-as-a-sledgehammer-to-the-face mode here and has no-one to pull him back to the story.

What makes the criticism hard to write is the fact that ‘The Captain’ is based on an incredible true story, one that should need very little on-screen obfuscation to make dramatic. It almost writes itself; the drama is inherent in the incident and it is so extraordinary that it immediately grabs the attention. Yet the film just cannot sustain the fascination and ends up becoming a tired dredge through disaster movie tropes. There are only so many times you can have jarring close-ups of worried looking people in various official environments before the effect wears thin. The audience is expected to squeeze the tension out of these cut-scenes of computer screens and important looking lights blinking.

Had ‘The Captain’ focused on the drama on the plane and not felt the need to flick back-and-forth to dull secondary characters, it might have brought the true story to the screen with aplomb. Instead the viewer is left with an incondite assault on the senses that wastes budget, cast and story in favour of big budget white noise.