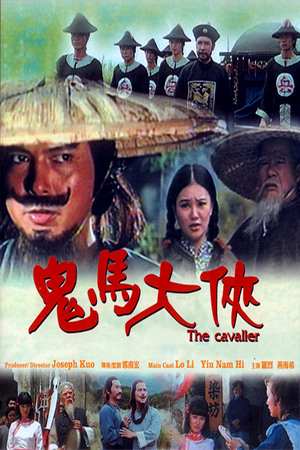 A grandfather and his young granddaughter travel to town with a very unusual proposition: if any man can beat her in a fight, she will be his bride. The task, though, proves to be a far from easy one and the numerous potential suitors are well beaten by her confident skills.

When a Ming revolutionary stumbles upon the contest unaware of the prize, his resounding victory leaves him with a new responsibility. However, knowing that marriage would impede his political activities, the victor and his friend decide to flee, with the grandfather and granddaughter in hot pursuit. Wherever the two friends go and no matter how elaborate their disguise, their pursuers are never far behind and always eager to finally cement the wedding plans. Matters take a more serious twist when the revolutionaries meet their brotherhood and must face the might of the Ching armies. Thankfully though, the grandfather is familiar with the cause and decides to add his own helping hand in the finale.

Joseph Kuo has shown in some of his best features that he has the ability to develop excellent kung fu films. With a fascination for colourful characters and his own directorial touches, Kuo is one of the better independent directors of the 70s. ‘The Cavalier’ though is a sloppily directed, poorly developed kung fu comedy with little to entertain. The actual concept of the chase between the revolutionaries and the grandfather/granddaughter along with the revolutionary overtones has definite potential; the mix of characters and situations could have spawned something akin to Kuo’s better work. However, by the half-hour mark, ‘The Cavalier’ has all the excitement and intrigue of a Scooby Doo cartoon. Indeed it is that the film seems to mimic the same format as a cartoon: the heroes escape; their pursuers appear out of nowhere; the heroes escape; their pursuers appear out of nowhere…and on and on. Whereas Scooby Doo is twenty minutes long though, this tired chain of events happens throughout a 90 minute duration. Things seem to improve at the film’s ending, but even this fight finale – featuring the brief 10 minute appearance by Lo Lieh – is ruined by poor character development. Too often this production introduces characters with no history or persona and then expects the audience to believe in them. ‘The Cavalier’ is a below par effort from Joseph Kuo, a director who should know better.