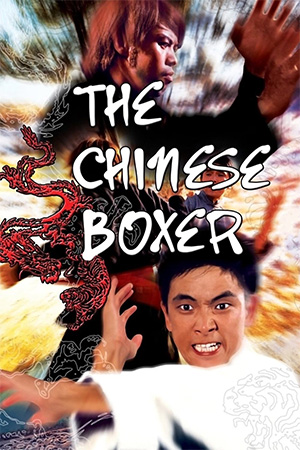 ‘The Chinese Boxer’ is thought by many to be the film that started the modern kung fu film and created the boom that spread throughout the 70’s. Before this landmark film there were obviously kung fu films in the shape of the Wong Fei Hung films (starring Kwan Tak Hing) and the various swordplay films that King Hu and Chang Cheh had been directing. However, ‘The Chinese Boxer’ remains a stand-out in terms of forming the generic conventions that were to become galvanised in the years to come.

Wang Yu takes the title role as a young kung-fu student who prides himself on his skill and his upright standing. These skills are tested and defeated when a local rival enlists the help of a group of Japanese fighters who then kill most of Wang Yu’s school. The injured hero barely escapes with his life and moves to a retreat to learn the Iron Palm – the only technique that can defeat the force of Japanese karate. Having finished his rigorous training, the Chinese fighter faces his numerous foes in a series of nicely choreographed fight scenes that complete the picture.

Although dated, ‘The Chinese Boxer’ is historically fascinating and provides an interesting point of reference to the many films that would follow. The choreography, though basic, is nicely designed and when compared with previous Hong Kong kung-fu films, is daring and fresh. The aspect that is perhaps the most dated is the anti-Japanese sentiments look fairly awkward now, but seemed to be a running theme in Wang Yu’s films. The acting ranges from the good (Wang Yu) to over-the-top (Lo Lieh and the other villains), but these stark examples are all part of this early cycle. What does continue to stand out to is the nicely handled direction that cranks up the tension and uses some very pleasing settings. The snow-filled finale in particular catches the eye and is very reminiscent of Chang Cheh’s classic ‘One-Armed Swordsman’ (also with Wang Yu).

Overall, this is watchable film from both the historical perspective and the general form of entertainment – more than just the expected piece of curiousity.