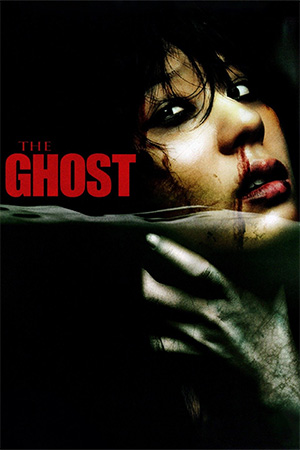 Foregoing study for their SAT, high school students Kim Eun-Jeong (Lee Yoon-Ji) and two of her friends decide fooling around with a Ouija-board to be a far more thrilling prospect than that of cramming for their looming exams. Successfully terrifying her friends as well as waking her cranky older sister, Eun-Seo (Jeon Hye-Bin), Eun-Jeong’s séance proves to be a cheeky prank. With some stern words and a smack on the head from her sibling, Eun-Jeong and her friends bunk down for the night completely unaware that they have indeed channelled a malevolent spirit into the living realm with their naïve skylarking. Later that night, Eun-Seo falls victim to an unseen force, her body exhibiting signs of drowning – though no trace of water is found within the vicinity of her corpse. Erstwhile, first year college Sociology student Min Ji-Won (Kim Ha-Neul) has concluded that the only positive resolution to her own associative amnesia is leaving Seoul to study abroad.

No matter how hard she tries, Ji-Won recalls nothing of her past beyond the last twelve months; her memories erased like a freshly wiped whiteboard. Swimming proves a soothing therapy to help her relax and recently returned, from military service, friend Park Jun-Ho (Ryu Jin) rallies her with much support. However, she is plagued with nightmares, sees phantoms in every corner and begins developing paranoia that those surrounding her are hiding something dreadful from her; suffice to say, her mother has also made home life unbearable since the death of her father. When another former student of Sang-Rim High, Oh Yu-Jeong (Jeon Hie-Ju), turns up dead in the same circumstances as Eun-Seo an investigative detective links their deaths to Ji-Won and her triumvirate of high school friends, forcing her to dig deep into the recesses of her repressed memories to find an answer to the terror that seems to be stalking her from beyond the grave.

Outwardly, and from the way it has been marketed, writer-director Kim Tae-Kyung’s ‘The Ghost’ would perhaps appear much akin to any other Asiatic horror imitator that came out of the genre boom that spread rapidly in the wake of Japanese filmmaker Hideo Nakata’s wildly influential, and vastly overrated, ‘Ring’ (1998) films. Therein lies the magical power of Kim’s entry into the cycle, in that it’s much more than it appears from its familiar wrapping, harbouring an intelligence and closely woven narrative structure that raises it well above many of its peers. In fact, its closest companion in the arena of South Korean horror aimed squarely at the teenage demographic is Kim Jee-Woon’s masterly ‘A Tale of Two Sisters’ (2003), in that its central narrative structure and intricate plot twists and turns elevate it well above much of the regular genre fare. The “12 and over” censorship tag is a badge of false security that lulls one into believing that they are about to settle down with safe, homogenised teen-horror, when nothing could be further from the truth.

Almost exactly like Kim Jee-Woon’s tale of psychological imbalance and dysfunction, Tae-Kyung imbues his own “mystery of the mind” with just enough horror trappings and gradually tightening strands of discordant plot threads to keep his viewer guessing until the end. It is there, like ‘A Tale of Two Sisters’ before it, that writer-director Kim reveals his winning hand with a tour-de-force epilogue that literally turns everything the viewer has witnessed throughout the duration of the film totally and completely upside-down. Without wishing to give anything away, Kim’s closing sting-in-the-tail is handed to his viewer right within the opening minutes of the film, but it is in such throwaway and offhanded fashion, that all but the extremely astute or conscientious will pick up on his effectively clever sleight-of-hand. Hints are planted here and there, sometimes ever so subtly, amidst the various interconnecting threads of converging plotline, but the game is played so well that come the finale Tae-Kyung sucks the breath out of his viewer in total shock.

Assuredly, Kim utilises many of the standard trappings and devices of this sub-genre within a genre (the “vengeful ghost” cycle has realistically developed into a sub-genre all its own amidst the horror genre) but adapts and refashions them to work within the idiom of his own screenplay. Whereas the mystery element of Nakata and Hiroshi Takahashi’s ‘Ring’ screenplay played out no more effectively than a Nancy Drew novel, the viewer knowing more about the mystery but little to nothing more about the protagonists than when the onscreen exploration began, Tae-Kyung uses his mystery in his favour as well as a platform to further explore and develop his protagonists. As the story progresses and Kim Ha-Neul’s character (Ji-Won) draws closer to an answer as to what instigated her associative amnesia, the viewer is drawn into the intricacies of her character, both through Ha-Neul’s performance and Tae-Kyung’s clever screenwriting. Kim Ha-Neul’s performance is so far removed from the wacky screen personas she displayed in ‘My Tutor Friend’ (2002) and ‘Almost Love’ (2006) that there is almost something unsettling about it; there are points during the escalating revelations over Ji-Won’s past that one would swear, through Ha-Neul’s polar opposite characterisations, that Ji-Won present and Ji-Won past are two entirely separate people. Kim is bolstered by able-bodied from support from TV actors (Ryu Jin), rising starlets (Shin Yi [‘Sex Is Zero’] and Jeon Hye-Bin [‘Wet Dreams 2’]) and favoured veterans (Kim Hae-Sook). But it is her primary co-star, Nam Sang-Mi (‘She’s on Duty’, 2005) as Han Su-In, the butt of all Ji-Won and her friends’ high school vitriol that really shines; but to discuss her character any more would ruin the film’s narrative arc as it twists towards its chilling conclusion.

Kim Tae-Kyung’s ‘The Ghost’ rises well above the attempts of its contemporaries to cut an individualistic path through legions of countless ‘Ring’ imitators, thanks almost solely to the efforts of its writer-director, who differentiates his entry into the cycle by leading his viewer along a conventional path before dropping the road right out from under them when they think their journey’s come to an end. Kim plays by all the standard rules of the genre: (mis)directional and unsettling use of sound, shock cuts coupled with startling audio, whispered secrets and a protagonist who seems eternally behind the eight ball, and creepy matriarchs. But he chops up all those usual ingredients, feeds them through a blender and comes up with a powerfully deadly concoction that holds a long-lasting and biting aftertaste; this is one film where the climactic punch-line is integral to making the piece work overall, and work it does with spine-tingling effectiveness. Easily as effective and jarring as ‘A Tale of Two Sisters’ and likewise well worth seeking out as well as wholly recommended.