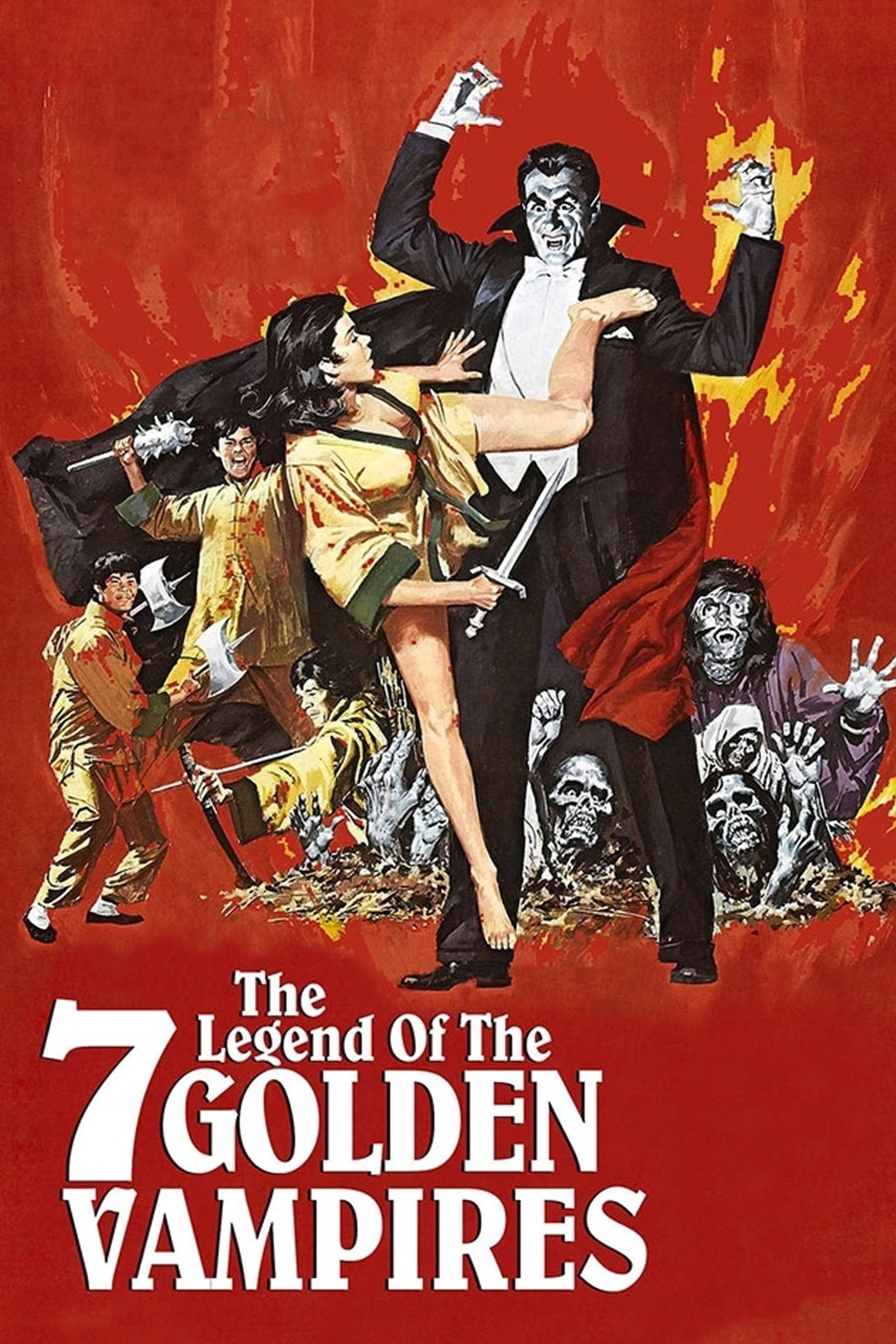 In the latter part of the 1970s, British-based Hammer Film Productions found themselves in a bit of a pickle. They were quickly running out of fresh ways to work the classic horror icons into new adventures and their audiences were steadily on the decline.  As a result of this, they began to branch out into alternative genres. One such endeavour found them joining forces with the masterful Shaw Brothers to link the overly familiar chills with the latest fad to hit the west – kung fu!

Legend has it that somewhere in a small village in China, a temple is home to seven of the most terrifying vampires to roam the earth.  Coincidentally enough, vampire expert Professor Van Helsing (Cushing) finds himself in China giving lectures about his previous exploits.  Once his class is over, he is approached by Hsi Ching (Chiang), a young man who claims to know the location of the mysterious village and has proof that the vampires exist.  As he considers it his mission to vanquish all evil, Van Helsing agrees to accompany Ching and his seven brothers on a journey to destroy the vampires.  Little do they know though, that the vampires have a new leader who is in fact a very familiar face to Van Helsing and he is someone who must be stopped at all costs.

Horror and martial arts are two genres that have been known to combine to great effect. Seeing as how ‘The Legend Of The 7 Golden Vampires’ is one of the earliest examples though, it’s no surprise to learn that it is also far from perfect. Not only does it have a very simplistic and predictable plot, but it also lacks any kind of strongly defined characters. However, it is this simplicity and the film’s very distinctively Hammer style that also make it a lot of fun to watch. As with a lot of horror movies, you don’t really care too much about the lack of depth and it is the good old fashioned tale of good guys vs. bad guys that really entertains. It’s also fair to say that the film isn’t exactly what you’d call scary, but it’s loaded with cheesy special effects and almost Shakespearian-esque dialogue delivery that certainly give it a unique appeal .

Most of the actors in ‘The Legend Of The 7 Golden Vampires’ are fairly well respected, but their performances here do little to enhance their reputations. David Chiang as the leading Asian star is certainly adequate and he doesn’t do anything majorly wrong. His grasp of English is very good and he fits in seamlessly alongside the Western stars, but he really doesn’t have much to do outside of being heroic. Julie Ege as the offbeat leading lady doesn’t really assist either, as she’s particularly weak. Her stilted dialogue delivery is always obvious and she clearly struggles with an admittedly awkward romantic subplot. Robin Stewart is also fairly grating, as he is forced to play a spoiled womanising brat and you never really believe that he would fall for the simple charms of Shih Szu. In fact, it is only Peter Cushing who really manages to come out of it looking good. Although he is saddled with some rather painful “stiff upper lip” British dialogue, he rarely puts a foot wrong and is mesmerising whenever he is on screen.

When it comes to the action for ‘The Legend Of The 7 Golden Vampires’, it’s shocking to learn that Liu Chia-Liang was one of the main choreographers. Normally you can rely on him to deliver something special, but there’s no denying that his work here is far from impressive. Perhaps this is down the studio’s interference or just his desire to play it safe, but either way it’s unlikely to satisfy seasoned kung fu fans. Most of the film’s fights take place under group circumstances, which is what harms the action the most. The camera flicks from duel to duel, never allowing the audience to focus on the movement and it just looks like a haze of simple punches and kicks. On top of this, the Western actors often look out of place as they are made to sit on the sidelines, watching the action from afar like Generals overseeing a battle. Luckily, the action is aided by the horror special effects and these add some almost ‘Evil Dead’ style antics. The walking dead attack our heroes on numerous occasions and the deaths of the vampires and zombies are particularly fun to watch.

‘The Legend Of The 7 Golden Vampires’ doesn’t exactly set the world alight in either of its attempted genres, but it does remain a fun curio for fans of both studios that certainly still sports some old school charm.