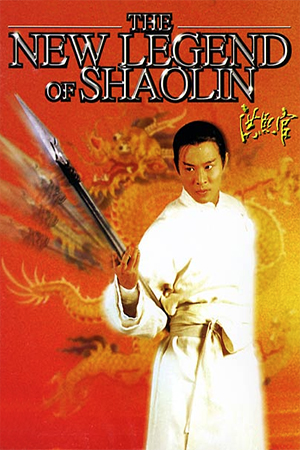 In this fast and furious new-wave film, Hung Hsi Kwan (Li) escapes the destruction of the Shaolin temple with his young son and a group of monks with various parts of a treasure map tatooed on their backs. To avoid the Manchu authorities, Hung gets a job as a bodyguard for an important town leader. While in his service, Hung encounters a beautiful con woman and persuades her to join his noble cause. This brings them in direct conflict with a horribly scarred Shaolin renegade and a military general.

What could have been a classic is rendered merely enjoyable by the prominence of some very weak comedy. Instead of letting the narrative gather pace, Wong Jing slows it down with his usual tedious humour. Jet Li, however, is electric and plays the legendary Hung Hsi Kwan as a very laconic hero. Yuen Kwai and Yuen Tak, two of the best fight arrangers in cinema, create some exciting fight action, albeit with an over-dependence on wires. Definitely promises more than it delivers.