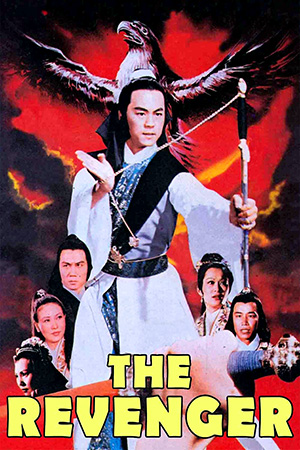 Shao Tu (Lung) is the most accomplished fighter in the land and the scourge of the numerous clans in the area. Dispensing his own brand of justice to those who have erred, Shao seems impossible to stop and threatens the nefarious activities of certain families. Eventually, the clans combine their efforts to eliminate him using the classic ‘Honey Trap’. It works and Shao is eliminated, but his betrayer has fallen in love with him and gives birth to his child after his death. The child is taken away to be raised outside of the gaze of the clans, but grows up to seek revenge for his father’s death. Little does the avenger know regarding all of the details though and, on his quest for vindication, he stumbles on a few unpleasant truths along the way.

While watching ‘The Revenger’, I couldn’t help thinking that this was either the first part of a longer series or a version of the film that had been significantly edited down. The reason for this sudden moment of confusion on my part was the choice of Pao Hsueh-Li and his writers to condense so much plot into ninety minutes. Having looked around, it seems that there is a longer one hundred minute version though this still means that a storyline that is meant to take place over twenty years and feature two generations is somehow crammed into an inadequate running time. This proves to be ‘The Revenger’s most telling flaw.

The main problem with rushing so much exposition is that characters flit in and out of the narrative without much introduction. Major plot points are glossed over and the not insignificant thread about two estranged brothers is resolved in a rush at the end. Part of this also means that one of the stars that should have really shone in this film, Tan Tao Liang, is hardly in it; it almost seems as if Pao Hsueh-Li caught the superkicker wandering around the set and decided to press him into service. For a genre great like Tan, that is tantamount to a cinematic crime.

Pao Hsueh-Li was one of the founding fathers of Shaw Brothers’ action cinema in the 70s and ‘The Revenger’ is the route that many former studio directors decided to take, namely the increased freedom of independent production. But without Shaw’s opulent sets, costumes and extras to call on, the low budget is all too obvious and there is never a sense of the scope that the story reaches for. It’s unfortunate as there is a skilful, dream-like atmosphere in the film that could have been a fascinating building block.

Despite its flaws (one not already mentioned is that Ti Lung is playing a twenty year old in the second half of the film!), there are still a few competent set-pieces and the star power of people like the aforementioned along with Shih Szu, Hsu Feng and Wong Ching. It’s just disappointing that the obvious craft at work by the experienced crew on ‘The Revenger’ never quite translates into a solid, coherent whole.